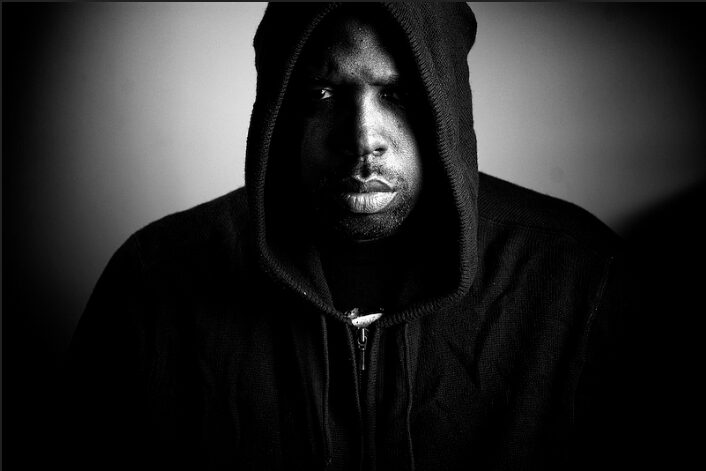 Several reports have highlighted the role that negative media portrayals and institutionalised racism plays in the disproportionate amount of young black men being stopped and searched, arrested and in some cases assaulted or even killed in police custody

Last week, Channel 5 aired the first of a two-part series called ‘Gangland’ a documentary which goes behind the scenes of UK gang culture surrounding hard drugs, fast cash, violent crimes and weaponry.  Whilst the documentary was certainly eye-opening, providing an unbridled insight into the lives of the UKs most ruthless drug lords many have claimed the show is another addition to the medias damning portrayal of young Black men. Just a few days later video spread of police arresting Sulaiman Lee, a charity worker, for freely distributing Black orientated literature to children and young people. What is more concerning than the arrest is the fact the Lee’s organisation Black Child Promotions has never received anything near the amount of media attention as his arrest. The Voice reports that Black Child Promotions was set up by Lee, Noel Kerr and Leonegus Darealest and aims to give children a positive view of their identity through the works of a range of authors which depict both prominent and positive Black figures. Positive stories involving young Black men rarely cross over into mainstream media.

In British media, negatively valenced reporting features a disproportionate number of Black persons, particularly males (Cushion, Moor & Jewell, 2011). A recent content analysis by REACH found that 40 % of news stories involving young men were crime related. However, when accounting for race, this percentage significantly increased with an overwhelming 70% of news stories involving young Black men pertaining to violence, drugs, gangs and other crime related actives. In news reports, when a Black male is the perpetrator of a crime his ethnicity is made salient, in an attempt to portray his race as somewhat of a contributing factor in the execution of the crime. Similarly, when a Black male is the victim of a crime, it is consistently reported that he may be gang affiliated. With journalists and editors, themselves acknowledging the predominantly negative coverage of Black males in the media it can be argued that, Black youths have been typecast into the role of the disenfranchised “criminal other”. Several reports have highlighted the role that negative media portrayals and institutionalised racism plays in the disproportionate amount of young black men being stopped and searched, arrested and in some cases assaulted or even killed in police custody. However, little research has been conducted into the role that clothing plays in adding to this issue.

Minorities who wear hoodies are asking to be shot – Geraldo Rivera

​In British media, “Hoodie” was one of several words frequently used when reporting the criminal activities of young males (Garner, 2009). Hoodies or hooded tops have become an increasingly favoured fashion staple most notably amongst adolescents and young adults (Mays et al, 2013). Although often worn when exercising or when partaking in causal excursions, the image of a hooded individual has become the modern symbol of street violence and criminal gangs (Pearson, 2008). With various UK establishments from Shopping Centres to Universities placing a ban on hoodies, it is clear that the wearers of this clothing staple have formed a new out-group, associated with illegality and aggression (Wyer & Calvini, 2011).

No other clothing staple – devoid of religious connotation, has been so severely demonized that is has garnered the attention of political figures to clamp down on the subculture of individuals who endorse garment. Many have argued that the emergence of a “Hoodie Culture” has incited a moral panic, with the solitary figure in the hooded top “striking fear into the hearts of most people” (McLean, 2005). Some researchers have pointed out that people often exhibit avoidance behaviours such as crossing the street, clutching their possessions or sitting at the other side of the room when encountering ‘Hoodies’. Similarly, studies have shown that subliminally priming participants with the image of a Hoodie increased their tendency to display greater avoidance even in subsequent social interactions. It therefore appears that the adverse portrayal of Hoodies has led to the formation of a negative implicit bias against this perceptual cue.

After the tragic death of 17-year-old Florida resident Trayvon Martin; the image of Martin in a hooded top became a status symbol of the two universally vilified perceptual cues: Afrocentricity and Hoodies. When speaking about Martin’s death in 2012 television personality Geraldo Riverasensationally claimed that minorities who wear hoodies are asking to be shot. Whilst the belief that minorities are in any way shape or form ‘asking’ to be mistreated, vilified and oppressed is abhorrent, one wonders whether a change in clothing can bring about a change in racial perception?