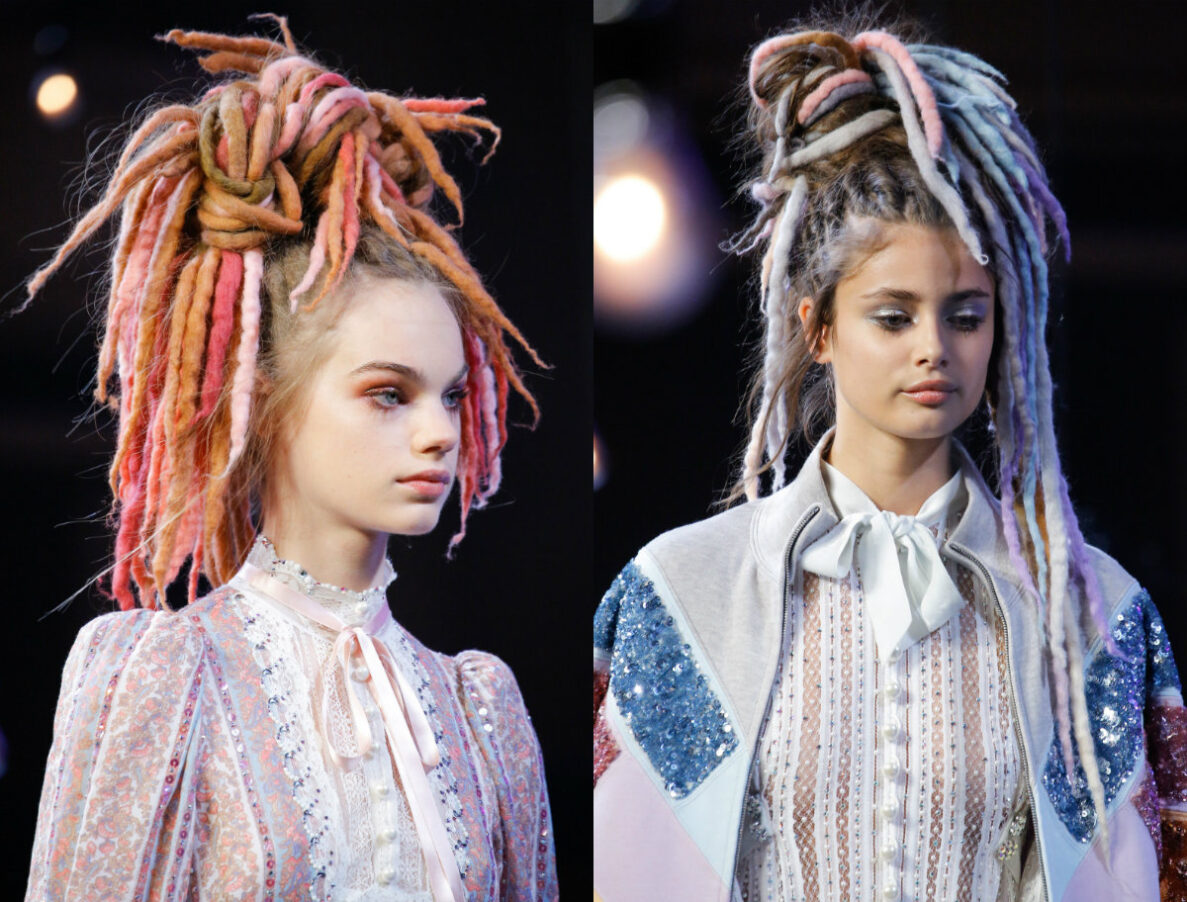 Marc Jacobs: The Psychology Behind The Myth of Colourblindness

5 Psychological studies which prove that when it comes to race, colour-blindness is a myth.

On the final night of New York Fashion week, the recent CFDA Womenswear Designer of the Year winner Marc Jacobs presented a spring/summer 2017 show jam packed with whimsical and psychedelic designs. Victorian style coats were paired with racy hot pants, school girl socks and sky scraper platforms. The pastel colour palette was broken up by smatterings of glitter, sequins and feathers. The clothes themselves were fascinating to say the least but It was the styling that really stole the show and in the worst way possible. For the hair, Jacob teamed up with Redken Global executive director Guido Palau to create faux dreadlocks with colourful highlights.
​
Dreadlocks or locs is a hair style originating from black Afro-Caribbean culture featured most prominently (but not exclusively) amongst Jamaican Rastafarians who believe the hairstyle symbolises the Lion of Judah. Black men and women worldwide have been rocking dreadlocks in numerous variations (see crochet-locks and sisterlocks) for decades however, for his runway show Jacobs chose to cast only two Black models. Soon after, talk of cultural appropriation flooded social media as people from various backgrounds lambasted the fashion industry’s habit of simultaneously adopting historically black styles without acknowledging their origins and displaying them almost exclusively on non-black individuals. Don’t believe me? See what happens when you type ‘Dreadlocks’ in google image search:

The appropriation of Afro-Caribbean hairstyles is a particular sore spot given that Black men and women are often deemed unemployable, have been banned and also dissuaded from wearing their hair in traditional styles.
​
To make matters worse Jacob added fuel to the fire with this defensive message on Instagram

“And all who cry “cultural appropriation” or whatever nonsense about any race of skin color wearing their hair in a particular style or manner – funny how you don’t criticize women of color for straightening their hair. I respect and am inspired by people and how they look. I don’t see color or race- I see people. I’m sorry to read that so many people are so narrow minded…Love is the answer. Appreciation of all and inspiration from anywhere is a beautiful thing. Think about it.”

There are many things wrong with this comment. Firstly, the beauty of genetics means that Black and ethnic minority women exist in numerous variations: some have pale skin, some have blue eyes and some even have straight hair. Secondly, while all women take pleasure in routinely changing their hairstyles, historically Black women straighten their hair as a means of assimilating. Just this month when competing for Miss America, Cierra Jackson – Miss District of Columbia was encouraged to wear her hair straight to increase her chances of winning, she ignored this advice, making a powerful statement about the need for western countries to embrace natural hair in the process.

However, the most disturbing part of the post is the designer’s claim that he doesn’t ‘see colour’. Perhaps the hanging lightbulbs that decorated the runway for Marc Jacobs’ SS17 show were being used to illuminate his white privilege. Although it would be ideal to live in a world where the colour of a person’s skin did not infringe upon their ability to navigate through life, that is simply not the case.

Here are 5 Psychological studies which prove that when it comes to race, colour-blindness is a myth.
​

​In the Ultimatum Game study, researchers (Kubota and colleagues (2013) solicited participants to complete a task in which they were paired off with another person who was in charge of dividing up a particular sum of money. Participants were allowed to either accept or reject the proposed monetary division. If the participant accepted, they kept the money ascribed to them whereas a rejection would leave both the participant and the person dividing the money, empty-handed. Results revealed that the rate and frequency at which participants rejected offers increased when the person making the offer, was Black. Thus implying the existence of an implicit racial bias towards Black individuals even when the endorsement of such a bias comes at a personal cost.

​When shown target images of a Black male primed with the word “educated”, participants remembered the male’s skin tone as being significantly lighter than when an image of the same Black male was primed with the word “ignorant”. The presence of this ‘skin tone bias’ suggests an inability for participants to associate positive connotations to Black individuals. Consequently, they remembered the educated male as possessing less Afrocentric features in order to ease the internal conflict brought about by a challenge to the social norm; that being, the perception of Black males as possessing unfavourable character traits (Ben-Zeev et al 2014).

In the Police Officers Dilemma study, participants played a video game with the task of ‘shooting’ any armed males they see whilst simultaneously avoiding shooting any unarmed males (Correll et al, 2002). Results indicated that White participants were quicker and more accurate at shooting armed Black males than armed White males. White participants also made more errors in shooting unarmed Black males than unarmed White males. It appears that the “rapid racial categorisation” of Black males evoked a stereotype of an aggressive and potentially dangerous individual which increased participants’ perceived threat, resulting in a predisposition to shoot.  The fact that this study has been repeated numerous times (e.g. Greenwald, Oakes & Hoffman, 2003; Plant, Peruche & Butz, 2005) and has garnered similar results, provides strong support for the presence of an implicit (or rather, automatic) negative racial bias towards Black individuals

Developed by Antony Greenwald in 1998, the Implicit Association Test (IAT) uses participant’s automatic associations as a measure of the attitudes and beliefs they may not openly solicit or be consciously aware of. An aggregate of 732,881 IAT scores found that individuals are faster at associating Blacks with negative words and Whites with positive words. These results have been interpreted as highlighting a general implicit preference for Whites over Blacks. Despite a large proportion of participants verbally asserting their tolerance of all races, it has been suggested that the IAT effect is reflective of “the pervasiveness and unconscious forms of prejudice”

What are your opinions on Marc Jacobs controversial comments? Sound off below.

Essay: The relationship between Fashion Psychology and Black Lives Matter