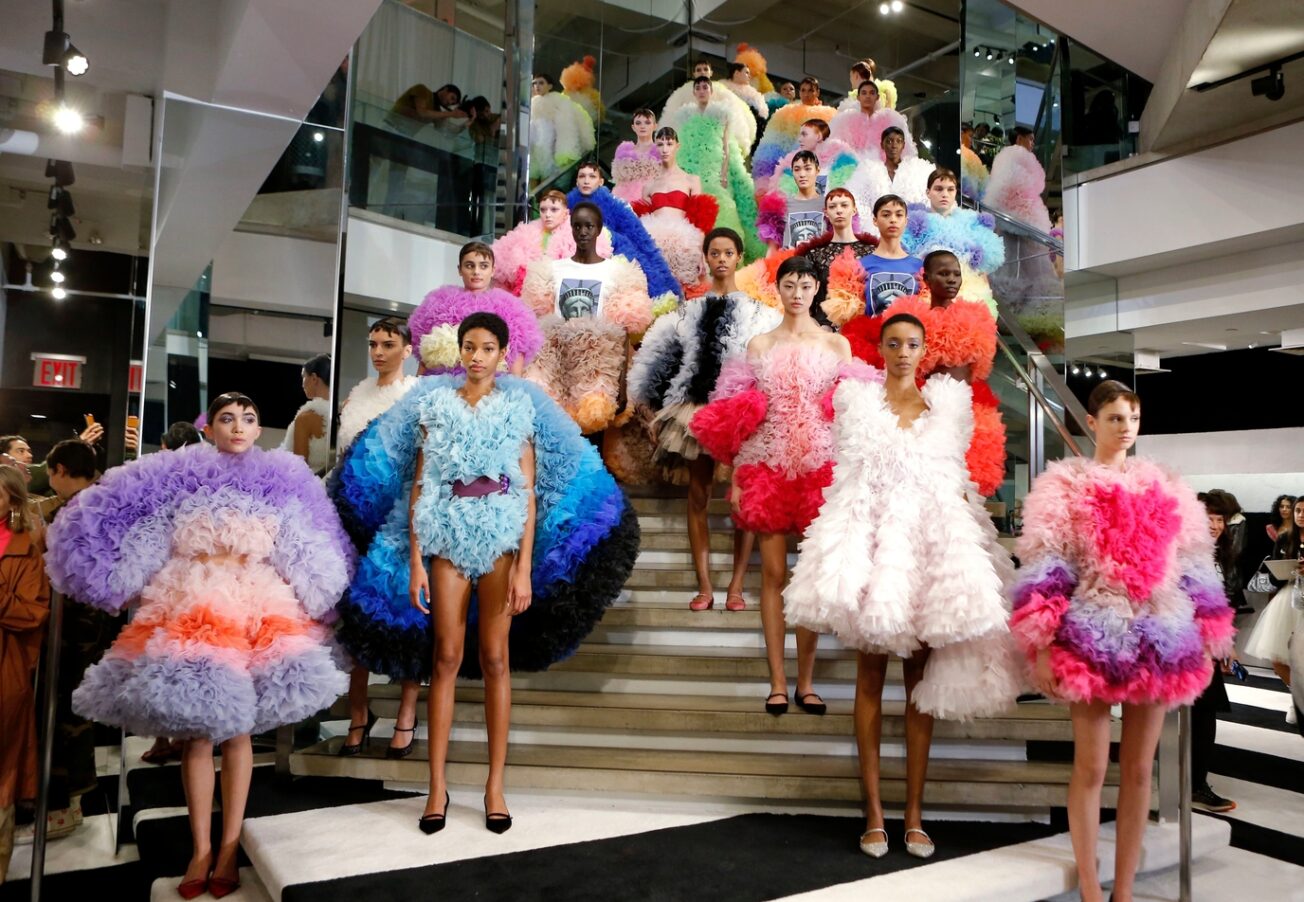 The Psychology of Fashion Week

Another Fashion Month has arrived! With conversations around mental wellbeing taking hold in the fashion industry, many have began to wonder whether the seemingly never ending cycle of fashion shows are necessary in our modern climate. While there are many reasons why the industry can slow down and produce less, we’ve revealed the Psychological reason why that’s unlikely to happen anytime soon.

“Fashions fade, style is eternal” any fashion lover worth their salt is aware of that famous Yves Saint Laurent quote. But if style is to be coveted over seasonal and seemily temporary fashion collections then why do we salivate at the thought of more collections and more shows in more cities around the world? Aside from the big 4, buyers, editors, bloggers and stylists are heading to increasingly well attended events in cities such as Copehagen, Sao Paulo, Hong Kong and Florence. Aside from Spring/Summer and Fall/Winter, in the article ‘What the Hell Are Resort and Cruise Collections and Why Are They So Lucrative?’ Kam Dhillon illustrates how designers are having to hastily create lines throughout the year for Pre-Fall, Pre-Spring and Resort all to suit consumer demand. Oftentimes however, consumer demand and creativity do not go hand in hand. You may remember when Riccardo Tisci cited exhaustion as one of the reasons behind his shocking departure from Givenchy in 2017. Two years prior, when WWD asked ‘Is Fashion Heading for a Burnout?’, fresh off the heels of his departure from Balenciaga, Alexander Wang brought up the intensity that comes with having to churn out an increasing number of collections.

Specifically speaking about the show system, I think that’s something everyone is challenged with — the immediacy of things, and the idea of how to deliver in this system, where the attention span has become nonexistent.

If the mental wellbeing of designers isn’t enough to stop the seemingly unending fashion show cycle then many argue that social media would surely slow it down. When discussing whether Fashion Shows still matter Jenna Igneri, associate fashion and beauty editor for NYLON had this to say:

I think fashion shows are becoming more and more irrelevant as time goes on. Thanks to technology, anyone can view a fashion show or presentation from anywhere in the world—sometimes even live—so that glamorous feeling of exclusivity has long been lost.

Originally the concept of a fashion week presented as a clear solution for industry professionals to either report on or order from designers across the globe in a  convenient and timely manner. Now, as social media has afforded consumers the ability to live stream fashion shows around the globe from the comfort of their own homes many, like Igneri have come to wonder, are these large scale productions required every 4-6 months? While the true answer may be no, as fashion shows become increasingly consumer focused, psychological research indicates that they’re unlikely to go away anytime soon.

Every time a fashion show launches consumers are offered something new and that in itself is something simply too rewarding to pass up. Studies have found that we are hardwired to be attracted to novelty. In a study published in Neuron, researchers showed participants a series of images. After participants had become familiar with those images, researchers added a new “oddball” image. Measurements of participants brain activity revealed that the brain’s pleasure centres lit up when this new “oddball” image was introduced resulted in a flood of dopamine, the same chemical that is released when we eat good food and have great sex. In another study conducted at the University College London, participants were shown 4 cards one of which had a monetary reward. When the participant chose this card their brain’s pleasure processors lit up. After a time, researchers introduced new cards to participants. The result? Participants tended to choose novelty cards over the known money-making card. While this appears to be incredibly counter-intuitive, it clearly demonstrates the power that novelty has over us.

Shiny new things are not just for babies. If fashion consumers and industry professionals are no longer presented with the rush of dopamine that occurs every time they’re presented with a new show or collection then they will likely give up on the brand and look for pleasure elsewhere. Research into brain health also shows that regular experience of novelty is essential to a long and happy life. The next challenge that the industry faces is mitigating this need for novelty alongside the need for designers to maintain their mental wellbeing.

Porter: We Ask Fashion Psychologists What Your Jewellery Says About You