With the combination of good weather and the Royal Wedding, the Office for National Statistics has determined that we are in serious buying mode: retail purchases increased by 1.3% between April and May of this year, with a 6.3% and 3.9% growth in the amount and quantity bought (respectively) in May 2018 compared to 2017. What good timing, as retailers are starting to crack on with summer sales like Alex and a new girl in Love Island . But unlike Alex, sales are largely successful at convincing us they are worthwhile. Why is this? What is it about a sale that encourages us to part with our money?

As a disclaimer, this is not to say that we as consumers are stupid and blinded by glaring red sales signs and eye-watering discounts. We generally know that if we spend money on a discounted item, we lose money, no matter the invisible cash ‘saved’ and potential pride at our good life choices. However, this rational logic is all well and good until you’re actually in a sale. Knee deep in discarded crew tops and trousers 3 sizes out of your way, shoppers bustling around you scavenging in the racks for a hidden gem, you find yourself feeling rather faint with the either too bright or too low light and odious brand fragrance covering every inch of the room (@Zara @Hollister).

These conditions are designed to bewilder and overload your senses, adding cognitive load to block your rational processing of everything around you, until you rely on impulse and instinctual judgement making alone. Have you ever wondered why clothes on tables are folded and neat? When you pick up the item to model it against yourself, you are obviously forced to touch the material. If you like the feel of the fabric, you add emotional attachment to it and are therefore at a greater risk of buying the product (if the discount and the nice smells weren’t enough) (Schafer, 2017). Your brain lacks the energy to consider whether the product is a worthwhile investment as it is struggling to process all the other potential items in the room, how much money you have in the bank, what you already have in your wardrobe. So you act on impulse.

This being said, not all sales tactics attempt to dupe shoppers without their awareness. Sales items display the original price alongside the new sales price. This is a given and an obvious tactic. With the original price as a reference point for its value, we note the reduction in monetary value and consider it a worthwhile investment, based upon the resources saved compared to its utility. The product becomes more tempting, even if the reference price is inflated in the first place. However this can backfire if the price reduction falls out of the ‘latitude of acceptance’. This is the range of prices around the ‘actual’ price that consumers will accept as the cost of the product. (Campbell & Diamond, 1990), . If the sale price is too low then the product may be feared as cheap or faulty,  or the reduction may be so small as to be unnoticeable (see Weber’s Law of Just Noticeable Difference) and not taken up. On the other hand, if the price is too high and above the range, greater than the highest accepted price, then one may determine that one’s cash is better spent elsewhere. Ultimately, a misstep by a retailer when re-pricing products may make the consumer more conscious that sales are designed to shift leftover product, for the financial benefit of the producer and not the consumer. 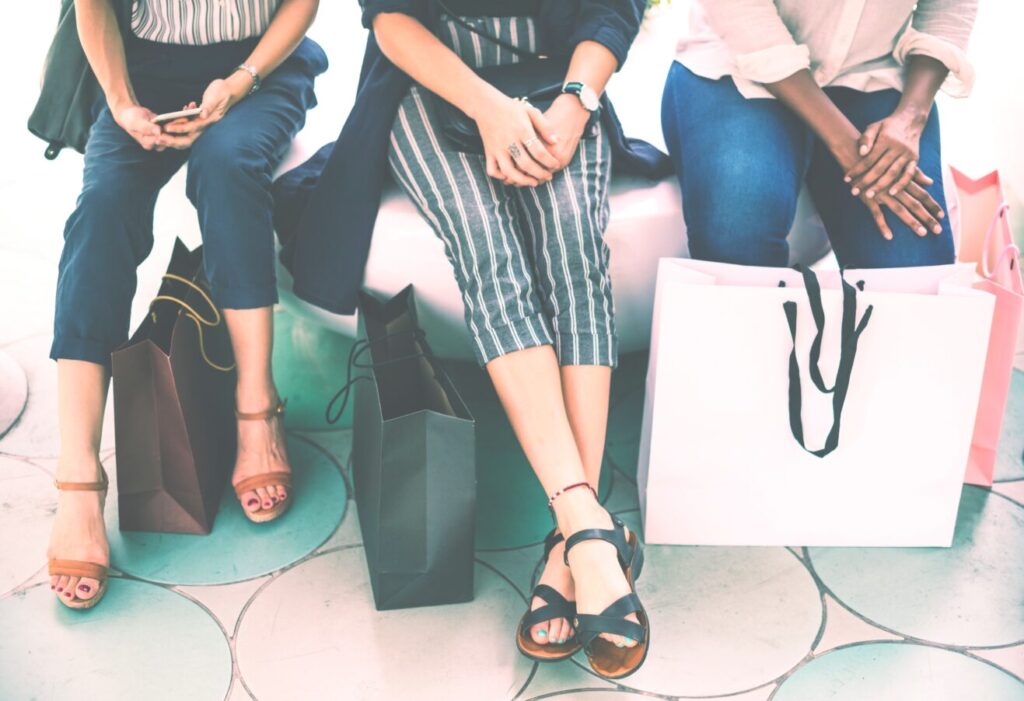 Yet sales still play into our loss aversion , ‘people’s tendency to prefer avoiding losses to acquiring equivalent gains’ (quote from Wikipedia, originally Kahneman & Tversky, 1992). Our preference to not lose out is powerful, almost double that of our preference for gaining something. Unfortunately, sales by their nature are framed as the potential for loss. Expressions like ‘while stocks last’ and ‘limited time only’ punctuate the sale with conditions of scarcity and uncertainty, alluding to a dwindling and finite supply of products at reduced prices (Tan & Hwang Chua, 2004). Even the sale itself limits our opportunities to buy the products we want, because it sets ourselves up against other consumers, people who may get there first and snatch up the 70% off cashmere jumper you never knew you wanted. Suddenly we are competitive (Yarrow, 2013).

On the flip side, marketing for reduced-price items can make you feel as if you’re saving money, even before you look at the price reduction. The posters skip the step in which you decide whether you actually want the item and assume you already do and offer you a tremendous 60 % saving – you’re just too slow to realise it, keep up. Overall, when shoppers read all these cues they may crack under the pressure, the ambiguity, scarcity and panic motivating them to jump into the sale and avoid the potential ‘loss’ (Tversky & Kahneman, 1992). What’s more, Tan & Hwang Chua (2004) found that even when consumers strongly agreed that sales are simply ‘ploys by retailers to protect their own financial interests’ the same consumers did not deny that they could be persuaded by these selling tactics.

But the biggest barrier to thinking rationally about sales? You enjoy them. For one, the excitement of a bargain ‘interferes with your ability to clearly judge whether it is actually a good offer or not’ (‘The Psychology of Shopping for bargains’, BBC). Clearly, the treat yo self mentality can lead us into trouble. Equally, in the split second in which we decide to buy something, we experience a rush of dopamine at the anticipation of the ‘reward’ alone. In this sense we may be no more evolved than monkeys. It was observed that monkeys’ dopamine levels spike upon a ‘cue’ that they may receive a reward, until they have carried out the action necessary to receive the reward. (see Sapolsky on the Science of Pleasure). This can be paralleled to the decision to buy an item and the process of purchasing. Despite popular culture, dopamine’s role as a neurotransmitter is credited more as a mediator between desire and motivation, than for pleasure directly (Berridge & Robinson, 1998). For instance, in between the monkey doing what it needs to receive the reward and actually getting it, the dopamine spike drops off to 0 (see the graph below – Credit to Robert Sapolsky)

Therefore the spike in dopamine motivates the monkey for the chase, the anticipation of pleasure, rather than the prize. We may be motivated in the same way to buy that sale item. The anticipation-period can be the time it takes to reach the till, or it can be the time in between searching plus ordering something online and the eventual delivery of the item. Notably, an international survey conducted by Razorfish (cited in Weinschenk, 2015) found that of the 1,680 shoppers across the US, UK, Brazil and China, an average of 75.75% of consumers are more excited by online deliveries than in-store purchases; being forced to wait longer extends the anticipation period and is perceived as increased excitement for the item. Remembering this excitement motivates us to order more again.

And once the consumer has acquired the coveted item? The rush of dopamine can be followed by intense guilt, after-purchase regret. ‘Why did I buy this? I was trying to save money. It doesn’t even look good on me’. You may be lucky and come away with an item that you genuinely like. You may even emerge with an item you have been waiting to go on sale and you may revel in the joy of anticipation. But if you are suddenly surprised by a sale, like an amorous Islander who is saying all the right things to you in the heat of the moment but you sense somewhere in the back of your mind that you might regret the interaction, my advice: Look at the sale, appreciate the sale, back away from the sale.