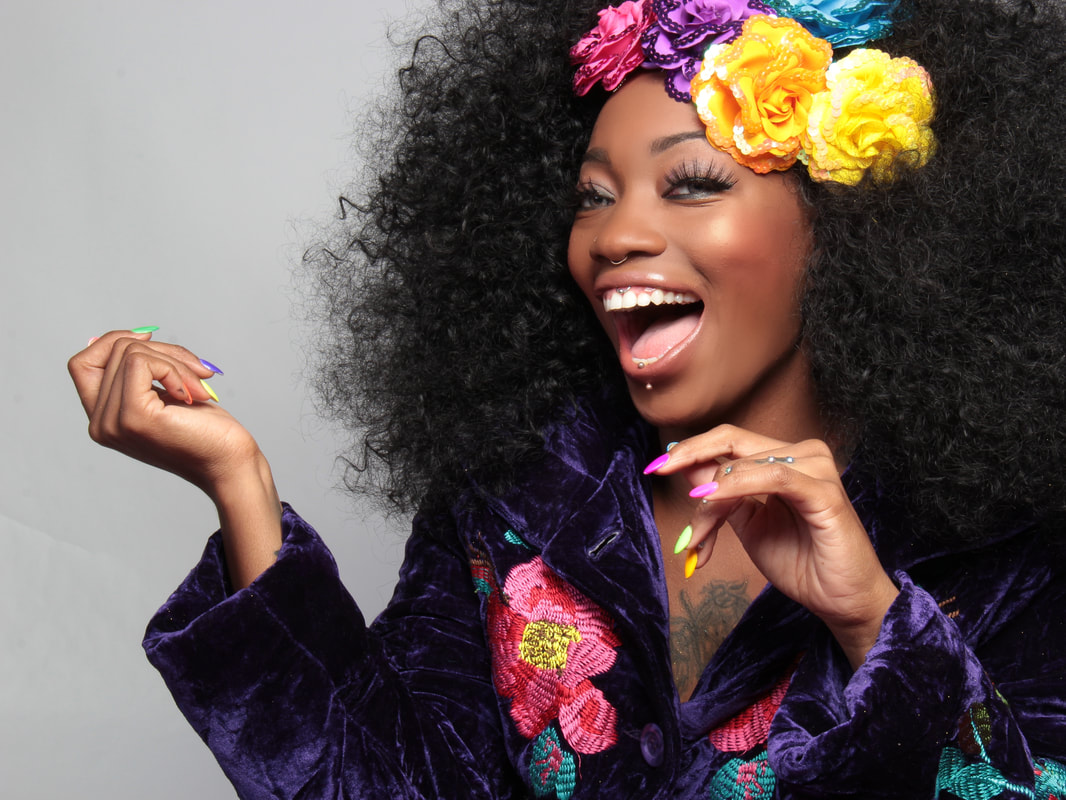 By Thaddeus Williams 15/09/2017
0
To celebrate World Afro Hair day The Psychology of Fashion Blog™ takes a look back at the history of the illustrious hairstyle, its symbolism and significance in the present day.

​A firm affirmation to explain my admiration for World Afro Day is “I rock rough and tough with my Afro puffs!”, by the great lyricist Lady of Rage.  Afro is derived from the term African-American.  The hairstyle is widely know for hair being in it’s purest form of existence.  Linda Frost, author of Never One Nation: Freaks, Savages, and Whiteness in U.S. Popular culture 1850-1877, found a similar style worn by Circassians.  In the early 1860’s, wearing an Afro was common to black women in North America, Egypt and throughout cultures in Africa.

As time progressed, the Afro’s popularity shifted during slavery as Africans were stripped of their culture and forced to assimilate, styling their mane into a suitable look for their masters.  Chemically altered hair and braids arose which led to Madame CJ Walker’s invention of the hot comb in the late 1890’s.

Unruly and nappy were two common words used to describe black hair during and post slavery.  The Afro made a resurgence in the late 1960’s due to the exhaustion of subjecting European beauty standards that did not fit the mold of African Americans.  Black folks reclaimed their natural hair back and the newfound self acceptance started the Black Is Beautiful Movement, which sprang the Black Power Movement.

​The Black Power movement was filled with dynamic activists such as Angela Davis, Huey P. Newton and Bobby Seale who fought oppression styling their Afro to symbolize black beauty, liberation and pride!  The black activists did not agree with the injustice of racial inequality that was supported through Jim Crow laws, and went against the grain of Martin Luther King’s nonviolent philosophy.  As the Black Power Movement rose into The Black Panther Movement, the Afro was the main staple to the full ensemble.

​All members of the Black Panther Party wore colossal afros with an all black costume to show their unity and willingness to go down as one if adversity presented itself.  Beyoncé used this same strategy in her widely acclaimed “Formation” music video as well as her Super Bowl 50 performance where she decked her dancers in afros, all black body suits and berets.

​Now as great as that event was for the black culture, it doesn’t show and tell the appropriation that having an Afro has endured over the years. Like most fashion trends that are notoriously started by black women, the Afro trend was culturally appropriated in negative lights as well.

In 2015, Allure Magazine created a hair tutorial titled “You, (Yes, You) Can Have an Afro*” The asterisk reads: “even if you have straight hair.”  The tutorial featured white actress Marissa Neitling in a beauty feature named “Back to Cool” by Danielle Pergament.  The article aimed toward white women which caused furious commotion throughout the black community.  Considering the importance of the Afro to the African American identity, Allure’s failure to reference adoration is presumably the worst part.

Now in this millennial generation, the Afro embodies all facets from the past culture good and bad in today’s society.  It has become more normalized from the ranks of corporate employment, television, film, and performing art entertainment.  Don’t get it twisted, there are still situations where black women and even black kids are shamed for their natural hair.  Nonetheless, wearing an Afro or any kind of natural hairstyle requires daily maintenance and commitment for the best look.

Thanks to social media evolving over time, women from all over the world can share hair tips and formulas to enhance their hair care regimen.  The afro’s cultural trajectory went from being a political statement to a fashion staple in high fashion and underground streetwear.  All of this credit is deserving to 1970’s Blaxploitation films, including Coffy, Shaft and Foxy Brown.  Not only film but The Jackson 5, and Diana Ross had their influence in music culture donning the afros which portrayed the hairstyle as less militant.

​There are many celebrities still wearing the Afro, but the most controversial person wearing it is Colin Kaepernick who is being blackballed by the National Football League because of his stance on the National Anthem and the views of the current president. Kaepernick has continued to be an activist for Black Lives Matter and donating his $700K of his $1 Million dollar pledge to 24 different organizations. The grind does not stop and until justice is served the work will be put in.

The media can seek to whitewash the Afro like their seasonless chicken recipes but it will always be black as hell! For the culture. By the culture.