Whilst scrolling through some photos recently, I came across a picture of myself wearing traditional Punjabi dress. I was instantly taken aback by the beauty of the look; the colours, the print, the fabric, everything was so glamourous. So, why was my subsequent feeling one of discomfort and awkwardness?

I am a third-generation British Asian woman and have had a great affiliation with fashion from a very young age, which ultimately led me to become a Personal Stylist. As a creative, I have a great appreciation for the rich beauty of South Asian clothing, yet the thought of putting one of those outfits on can often fill me with dread. This feeling of disconnect has dazed me for many years because surely, one would assume that I would feel more comfortable in my ethnic clothing than those of the western world. A 2003 study of Bangladeshi girls, actually showed that their mental health improved when wearing their traditional clothes more frequently, so why has that not been the case for me?

Growing up, I was always dressed in western clothing. Punjabi dress was almost exclusively reserved for special occasions, such as weddings and birthdays, and this was pretty much the case for all of the other Asian people around me too. This meant that not only was I used to wearing western clothes and therefore more comfortable in them, but the only regular exposure I had to them was from my grandparents. Girls on the TV, in magazines, my friends and older cousins were all wearing western fashion so I was naturally more inspired by that. I wonder whether this lack of exposure and infrequency of being dressed in traditional Punjabi clothing as a child was an attempt by the second-generation migrants to give us, their children, an even better chance of ‘fitting in’. 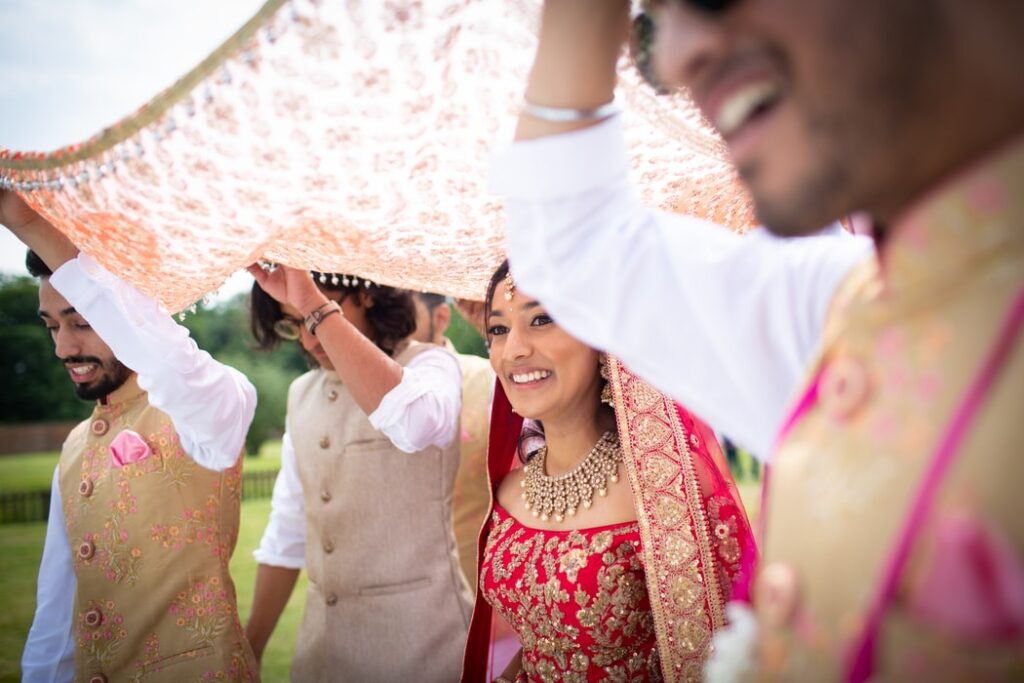 For me, there has certainly been an element of embarrassment of being seen in Asian clothes as a result of just wanting to fit in. I remember having to go into the petrol station on the way to an event once, I felt mortified by the looks and stares that I received because I was dressed so differently. This may have simply been intrigue on behalf of the onlookers and not necessarily malice, but nevertheless, as a teenager, I was conscious of the fact that I stood out.

Additionally, as a result of being inspired by and exposed more so to western fashion, my natural style has never really aligned with Punjabi fashion. Have you ever put something on and felt like it was wearing you? That’s your style personality speaking up and telling you that this piece of clothing or accessory just isn’t ‘you’, and that is how I’ve generally tended to feel in Punjabi clothes. Asian clothes are by definition extremely flamboyant, with beautiful bright colours and heavy detailed embroidery but I personally prefer muted colours and little to no embroidery, something which is frowned upon in my culture. Many a time I have been chastised for wearing ‘old women’ colours and not looking like the youthful newlywed that I was.

What the future holds

On reflection, I think my discomfort is a result of my confused cultural identity as a third-generation migrant. I have assimilated to British culture which has had an impact on the way that I relate to my Punjabi ethnicity. I have struggled to combine the two cultures from fear of being too Indian for the white folk and too English for the brown folk. Luckily, I see changes happening in both worlds, whereby diversity is becoming increasingly accepted in Britain and Asian outfits with western influence are becoming increasingly desirable within our communities. Hopefully, with time, we will live in a world where wearing whatever you want, wherever you want will be fully embraced.

Moving forward, I plan to follow the influence of bloggers such as Anjli from Anjli’s Lookbook and Meera Pankhania who celebrate both cultures by combining western prints and styles with desi fabrics and accessories. They create looks that appeal to a new generation of British Asian woman with the help of labels such as The Naked Laundry who create versatile and intermixable crop tops that can be worn as lengha or sari blouses as well as with your favourite pair of jeans. Brands like this create the opportunity for us to blend our separate cultural wardrobes seamlessly and guiltlessly.

To anyone else feeling uncomfortable in or distant from their ethnic clothes, I would like you to know that you’re not alone, you are part of a whole new generation of women who belong to more than one culture and that is a beautiful thing. On reflection, my advice would be to just follow your gut and wear what makes you feel good. Although it can be difficult to ignore comments from more traditional members of your family, with regards to the colour or style of your outfit, it’s the only way to remain authentically you. These comments often come from people of a different generation who don’t necessarily understand your experiences as a British Asian woman in the 21st century. As uncomfortable as it is, you’re actually blazing a trail for other younger girls who feel exactly like you.