It’s that time of year when designers, models and industry experts are preparing to showcase six-months worth of work to the world. Although exciting and insightful, Fashion Week can be one of the busiest weeks of the year for many. Working days often exceed twelve-hours with tight deadlines, unforgiving schedules and inner-city traffic to contend with. For many, this leaves little time for self-care, rest and recovery which inevitably leads to burnout.

To help navigate the chaos of Fashion Week, here is a compilation of easy ways to manage stress and engage in some all-important ‘me time’. 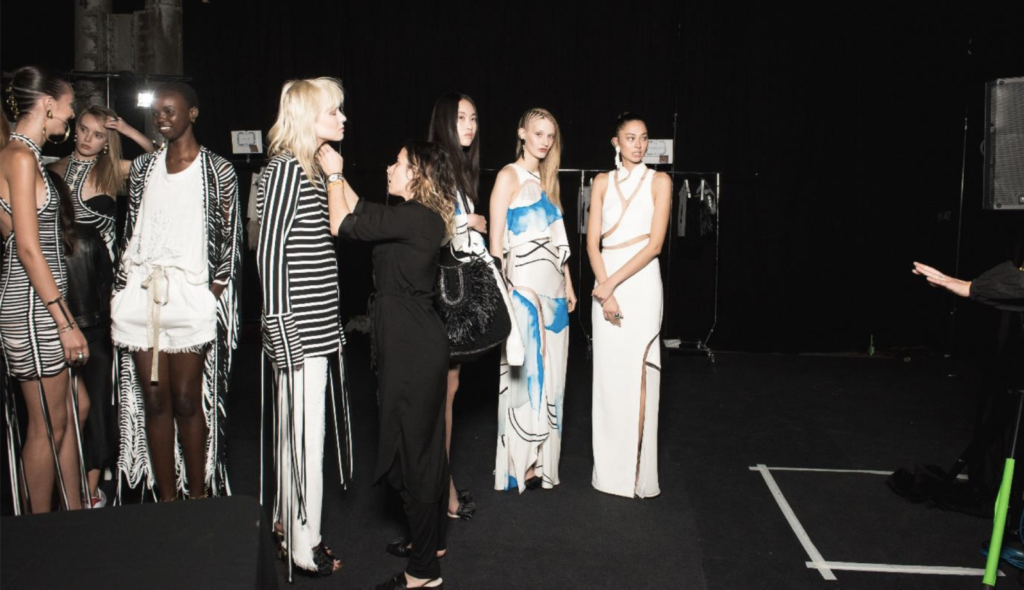 This may sound obvious but ensuring you days are planned as much as possible will give you structure and peace of mind that you know exactly what you are doing, where and at what time.

Similarly, try to plan outfits. What shows are you attending?  How much time do you have to change – and where? How long are you going to be out for; can you transition any outfits from day-to-night? Asking yourself these questions can help to narrow down options and ensure you are dressed appropriately and comfortably.

But most importantly, pick clothes you feel great in! With cameras around what seems like every corner, it can be overwhelming. Putting the time in to prepare what you are going to wear, can help reduce stress and anxiety and even boost self-esteem. Wearing items of clothing you like and feel good in can improve psychological wellbeing, through the positive associations generated to the outfits (Adam & Galinsky, 2012). It may also help to improve sleep by ensuring you’re not lying awake until early hours of the morning, ruminating over potential outfit combinations. 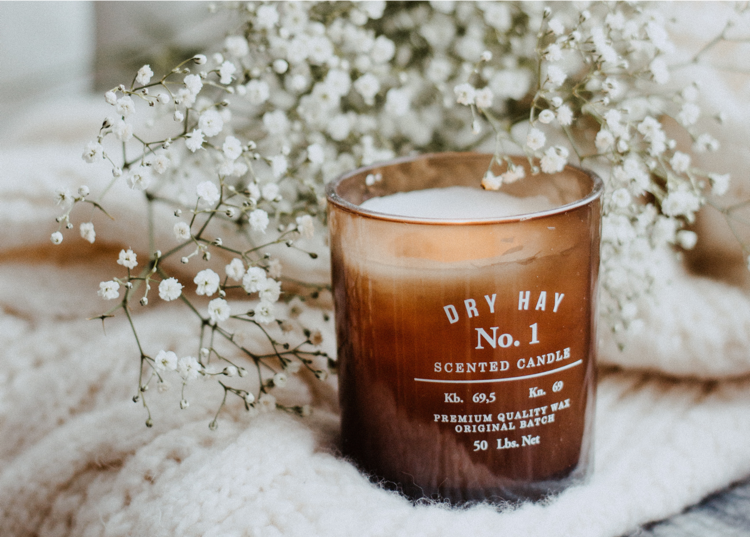 Mindfulness exercises are often discounted, with the common perception that they’re a waste of time or require deep thought and attention – cognitive resources which seem in short supply during busy periods. Admittedly some exercises are more demanding than others, but giving yourself time in the day to ground your thoughts can be hugely beneficial (Bowlin & Baer, 2012). Something as small as listening to a podcast while commuting in-between shows (Headspace is a good one to try), practising deep breathing exercises or burning a calming candle at night can help to disengage from stressful thoughts and provide greater clarity of mind. 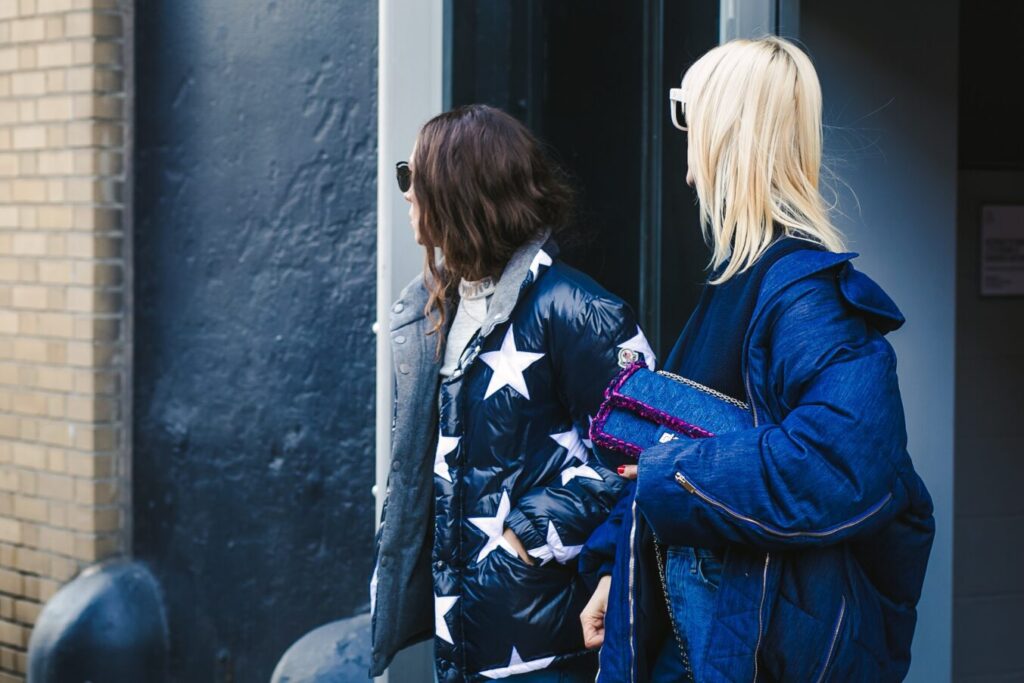 With hundreds of designers exhibiting collections throughout the week, there can be a subliminal pressure to schedule in as many shows as possible. Going against the instinct to say ‘yes’ to everyone and everything, can actually be quite empowering (Patrick & Hagtvedt, 2012) and can improve productivity and mental health (Pourjari & Zarnaghash, 2010).

It is important to recognise your limits and be selective in the shows you choose to see. When thinking about which to attend, also try to schedule in breaks and consider (the likely longer) commuting times. There may be some changes throughout the week but limiting the number of events you attend will give you greater flexibility to adapt – and crucially, remain calm. A number of shows are now made available online too, so it is easier than ever to catch up on those you couldn’t make it to. 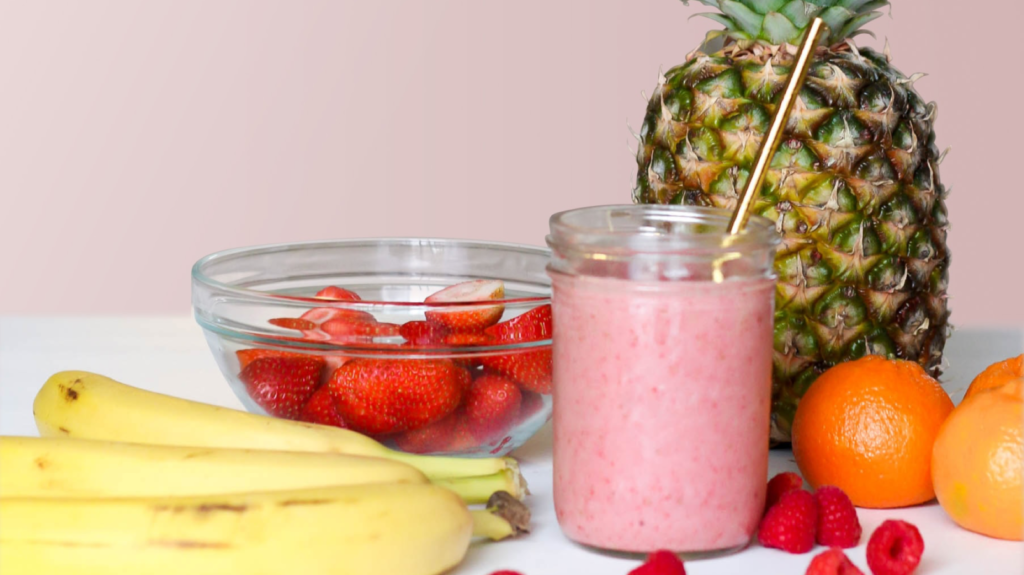 With lots of things to do, people to see and places to be, it can be easy for attention to be directed away sufficiently fuelling our bodies. One simple way to combat this is to ensure snacks are to hand at all times. Nuts, energy bars and smoothies can help to provide your body with the healthy fats, protein and vitamins it needs to keep going throughout long days. Meal-prepping in your spare time can also be an easy way to stock up on nutritious meals that simply need reheating in the evening.

In addition, it may be worth incorporating more specific foods into your diet, which research has found to have stress and anxiety-combatting abilities. Some examples include walnuts, bananas and chocolate which have been thought to possess antidepressant, mood-lifting and pleasure-inducing properties, respectively (Trivedi, Patel, Prajapati & Pinto, 2015). Furthermore, while a strong coffee can make early mornings a little more bearable, excess caffeine consumption can heighten anxiety (Brice & Smith, 2002), so perhaps opt for a bottle of water over a large cappuccino post-midday. 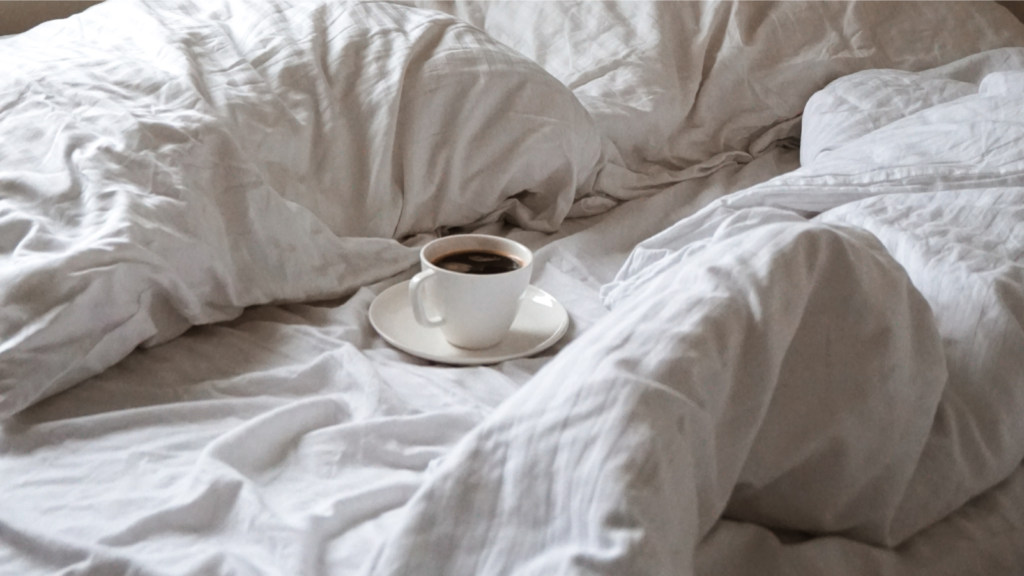 Finally, ensure you are allowing yourself enough sleep. Functioning on a sleep-deprived body and brain is not easy on an average day, so during the long, demanding days of Fashion Week, getting eight hours sleep is even more important. Sleep helps our bodies to repair and restore, preventing us from catching illness, irritability and being unable to concentrate. Getting a good night’s sleep can increase stamina and prevent burnout, post- Fashion Week.

Although it is undoubtedly one of the most exciting, anticipated weeks of the year in the industry, it is no secret that Fashion Week can be one of the most overwhelming too. However, by following just a few of these tips, or simply taking the time to implement small acts of self-care, the mayhem can become a little more manageable.

Another Fashion Month has arrived! With conversations around mental wellbeing taking hold in the fashion industry, many have began to wonder whether the seemingly never ending cycle of fashion shows are necessary in our modern climate. While there are many reasons why the industry can slow down and produce less, we’ve revealed the Psychological reason why that’s unlikely to happen anytime soon.

“Fashions fade, style is eternal” any fashion lover worth their salt is aware of that famous Yves Saint Laurent quote. But if style is to be coveted over seasonal and seemily temporary fashion collections then why do we salivate at the thought of more collections and more shows in more cities around the world? Aside from the big 4, buyers, editors, bloggers and stylists are heading to increasingly well attended events in cities such as Copehagen, Sao Paulo, Hong Kong and Florence. Aside from Spring/Summer and Fall/Winter, in the article ‘What the Hell Are Resort and Cruise Collections and Why Are They So Lucrative?’ Kam Dhillon illustrates how designers are having to hastily create lines throughout the year for Pre-Fall, Pre-Spring and Resort all to suit consumer demand. Oftentimes however, consumer demand and creativity do not go hand in hand. You may remember when Riccardo Tisci cited exhaustion as one of the reasons behind his shocking departure from Givenchy in 2017. Two years prior, when WWD asked ‘Is Fashion Heading for a Burnout?’, fresh off the heels of his departure from Balenciaga, Alexander Wang brought up the intensity that comes with having to churn out an increasing number of collections.

Specifically speaking about the show system, I think that’s something everyone is challenged with — the immediacy of things, and the idea of how to deliver in this system, where the attention span has become nonexistent.

If the mental wellbeing of designers isn’t enough to stop the seemingly unending fashion show cycle then many argue that social media would surely slow it down. When discussing whether Fashion Shows still matter Jenna Igneri, associate fashion and beauty editor for NYLON had this to say:

I think fashion shows are becoming more and more irrelevant as time goes on. Thanks to technology, anyone can view a fashion show or presentation from anywhere in the world—sometimes even live—so that glamorous feeling of exclusivity has long been lost.

Originally the concept of a fashion week presented as a clear solution for industry professionals to either report on or order from designers across the globe in a  convenient and timely manner. Now, as social media has afforded consumers the ability to live stream fashion shows around the globe from the comfort of their own homes many, like Igneri have come to wonder, are these large scale productions required every 4-6 months? While the true answer may be no, as fashion shows become increasingly consumer focused, psychological research indicates that they’re unlikely to go away anytime soon.

Every time a fashion show launches consumers are offered something new and that in itself is something simply too rewarding to pass up. Studies have found that we are hardwired to be attracted to novelty. In a study published in Neuron, researchers showed participants a series of images. After participants had become familiar with those images, researchers added a new “oddball” image. Measurements of participants brain activity revealed that the brain’s pleasure centres lit up when this new “oddball” image was introduced resulted in a flood of dopamine, the same chemical that is released when we eat good food and have great sex. In another study conducted at the University College London, participants were shown 4 cards one of which had a monetary reward. When the participant chose this card their brain’s pleasure processors lit up. After a time, researchers introduced new cards to participants. The result? Participants tended to choose novelty cards over the known money-making card. While this appears to be incredibly counter-intuitive, it clearly demonstrates the power that novelty has over us.

Shiny new things are not just for babies. If fashion consumers and industry professionals are no longer presented with the rush of dopamine that occurs every time they’re presented with a new show or collection then they will likely give up on the brand and look for pleasure elsewhere. Research into brain health also shows that regular experience of novelty is essential to a long and happy life. The next challenge that the industry faces is mitigating this need for novelty alongside the need for designers to maintain their mental wellbeing.