Cast your mind back to the time period that is post-Brexit, pre-general election. The public were still reeling from the horrendous terror attacks in Manchester and London. Prices were rising, living standards were falling; people were, to put it lightly, despondent. This mood was reflected in the economy’s performance. Wage growth was slow, compared to an inflation rate that was scaling up, felt as a 2% drop in real incomes. One could reason that this was not a time for spending with abandon. However, according to Paula Nickolds, managing director of John Lewis, the Lipstick Effect had returned. 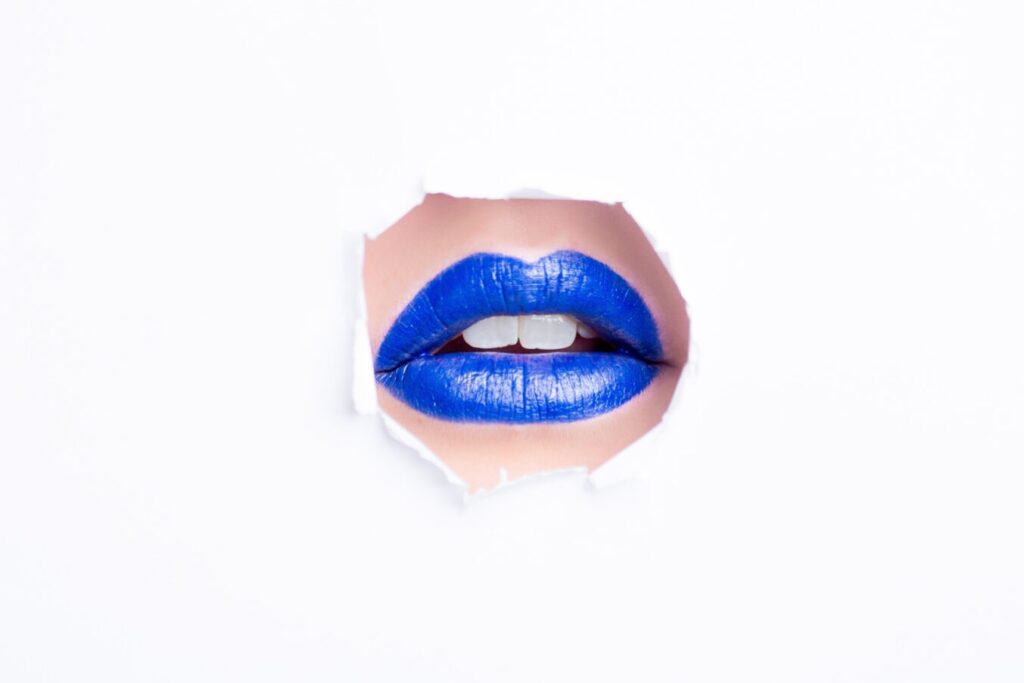 Coined by Leonard Lauder (emeritus chairman of Esteé Lauder), the Lipstick Effect or the Lipstick Index was the idea that during economic turmoil, consumers are more inclined to purchase relatively inexpensive luxury items. This was based on his observation that following the 9/11 attacks, sales of his lipstick line spiked. Taking the index as an economic indicator, he supposed that lipstick sales were inversely correlated with economic health, as consumers substitute the purchase of a luxury coat for luxury cosmetics – a smaller financial burden, but still somewhat gratuitous when the economy is feeling the pinch. Considering that the early 2000’s was a time of recession, his observation that the economy was struggling wasn’t especially illuminative, and his index had since been discredited.

This was until Nickolds struck up the parallels between the economic failings of the noughties US and 2017 Britain. According to John Lewis’ sales numbers, by the end of the second quarter (April-June, the aforementioned time period of interest) consumers were holding off from the ‘considered’ items, the long-term investment pieces, seeing a decline in furniture and appliances. However, consumers were instead in favour of the ‘spontaneous’ categories, the impulse purchases, with sales 7% higher than the previous year and womenswear up by 4.4%. Notably, lipstick sales rose by 31%. Could the Lipstick Effect really exist? Whether you trust John Lewis as a rigorous measure of the economy’s performance, there may be something to the purchase of lipstick, along with other items within that market space, which really appeals to our wallet in hard times.

For a start, Beauty on the whole is a relative constant. Fads and trends may change within the cosmetic industry, but makeup is always marketable, because the demand to look good is ubiquitous. But why would this demand increase during financial strife? Perhaps purchasing smaller luxury items may be a method of making ourselves feel better. Money can’t buy you happiness, but it can buy you perfume, as well as the illusion that you have resources to spare – even if you’re only fooling yourself. So when the financial health of individuals and the economy look insipid, luxury items may rebuff the sad truth, as well as our mood (Smith et al, 2005). Equally, purchasing the ‘spontaneous’ items may act as an attempt to fool others to the extent of your resources. Touches of lipstick, expensive scents, a glass of sparkling wine, a new watch, may all allude to a hidden wealth that may or may not exist.

Anthropologically speaking, we may look for resource cues that are indicative of the individuals greater wealth and power. Advertising your resources in a time of financial difficulty may prove a clever strategy to bagging a genetically desirable mate (Wiederman & Allgeier, 1992). However, this strategy has been shown to be a predominantly male one; the male display of resources is considered more effective and of greater reproductive value (males providing food, shelter, protection) than the female equivalent (Buss, 1988). This may partly explain the increase in spontaneous item sales in John Lewis, but as cosmetic sales are driven massively by women, why would specifically lipstick sales jump so significantly? 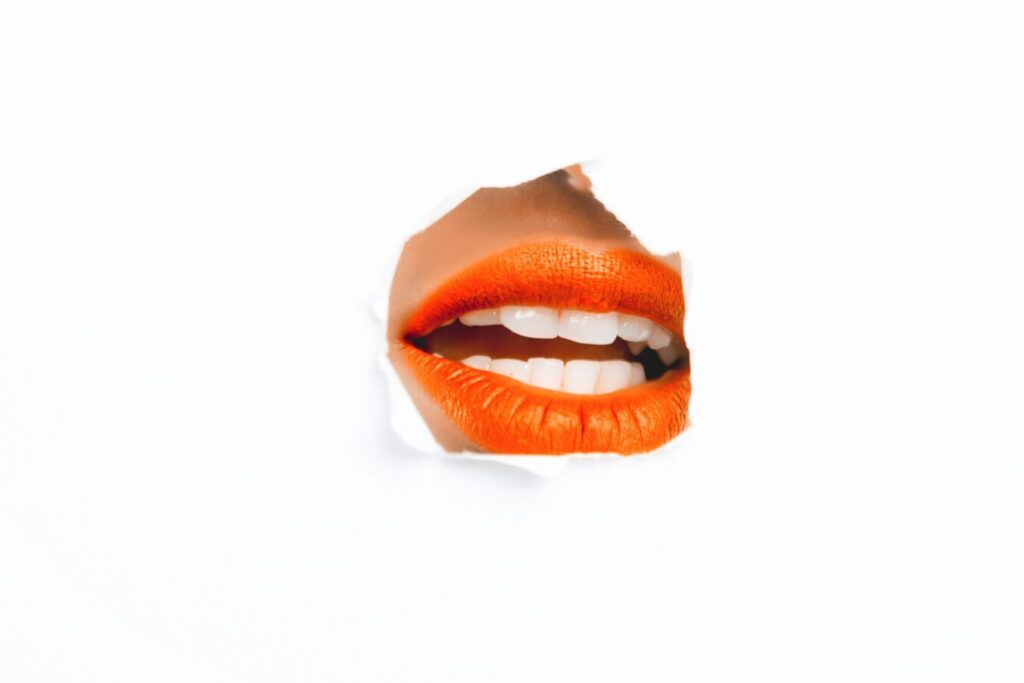 Some explanation can be derived from the female indicators of reproductive value: health and youth (Symons, 1979). Judged by attractiveness and physical appearance, a woman who looks healthy and young has a greater perceived reproductive potential, or simply, the potential to produce more, healthy offspring. Specifically, ‘evenly coloured, smooth, pliant skin, clear eyes and shiny hair’ are considered attractive (Thornhill & Gangestad, 1999: 453) – a very familiar litany of cosmetic and beauty product buzz words. In practice, it is indeed the women that take more time on their appearance and grooming that are much more likely to attract a mate (Buss, 1988; Richetin et al, 2007). Further still, it is no coincidence that shades of red dominate the cosmetic industry products (aside from lines of foundation and concealer). Lipstick is a case in point: the graphic below demonstrates that globally, shades of red are almost always the most popular colour. Interestingly, the colour red is indicative of cardiovascular health and increases the perceived attractiveness of young women.

Red clothes, accessories and makeup are perceived as subtle signs of sexual interest, the intent to attract a mate (Kayser et al, 2016). Indeed empirically, a woman wearing red lipstick was found to garner the greatest number of solicitations from men compared to other shades, and compared to no lipstick at all (Guéguen, 2012). So if we were to assume that the spike in lipstick purchases were dominated by shades of red, perhaps more women really are trying to attract resource-rich men during a time of economic crisis. 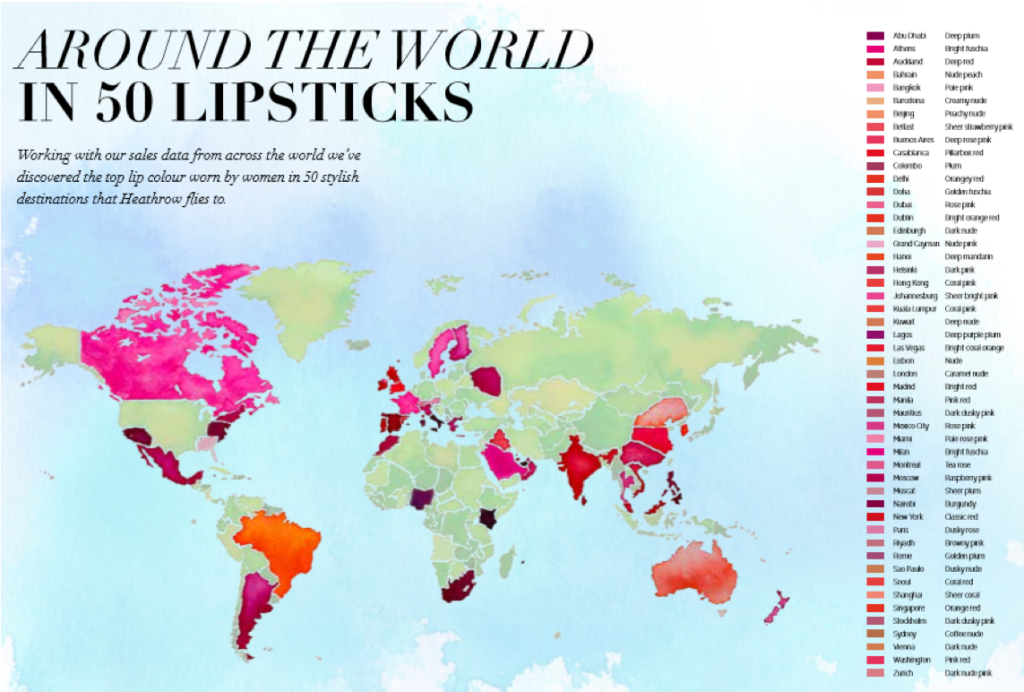 Or, they just want to buy lipstick. Lipsticks are compact and tactile, a physically and financially smaller burden upon our purses, coming in a variety of colours for whatever inclination. They are the cosmetic equivalent of jewels, to be collected and prized, if not used all the time. Notably, jewels are universal (like diamonds are forever). It would be potentially dogmatic to assume that makeup is only consumed for the acquisition of a (male) mate, or for the delight of anyone other than ourselves. Even the notion that we can fool ourselves into thinking we have more resources than we actually do forgets that impulse buys can be entirely self-aware. As it stands, the link between lipstick purchases and financial health seems rather tenuous.

The index may not be the most useful predictor of human psychology, nor the most accurate economic indicator, but what we can say is ‘in the red’, is our lipstick.