Whether it was Priyanka Chopra Jonas in Ralph Lauren outfit which has been turned into a car cover, the famous Guo Pei “omelette dress” worn by Rihanna or the Kim Kardashian x dementor MET Gala look – we have often seen the quick, memeified version of runway designs breaking the internet. The word meme has been used and abused extensively throughout the globe in past few years. But what are memes, where do they come from and how they are linked to the world of fashion? 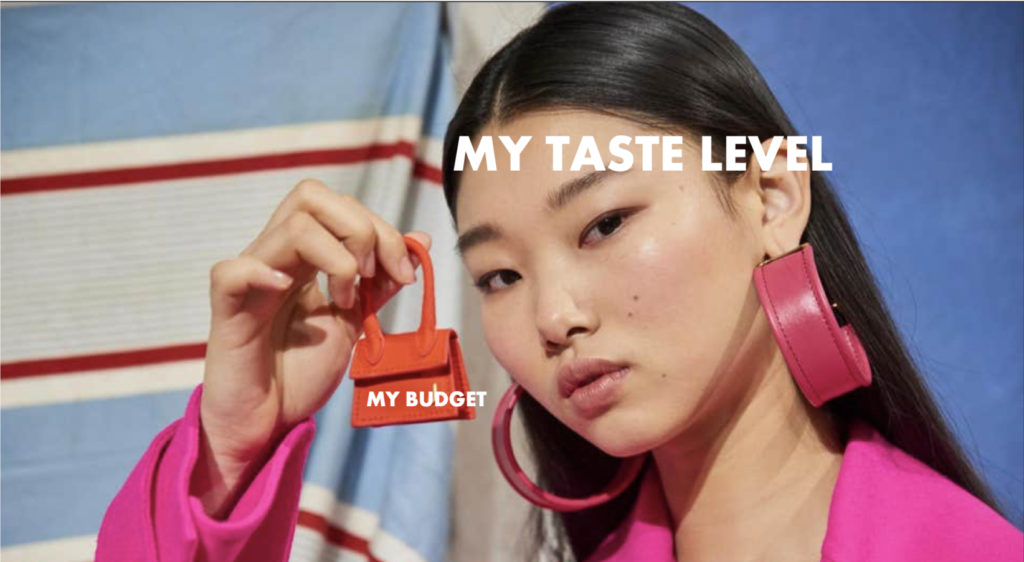 The fashion industry has a long-established relationship with the new age meme culture. It began in 1927 when the fashion maverick, Elsa Schiaparelli started to make surrealism inspired outfits with irony and hilarity attached to it. Once fashion found its center stage digitally on Instagram with this innate sense of humour, the meme culture was born! Memes act as an antidote to fashion’s preconceived notion. They allow making the most monotonous styles both on and off-ramp relatable by adding a touch of humour, satire and wit to them.

Once fashion industry tapped the right trend, it has always welcomed, celebrated and used the same in its best capacity. Lately, the viral memes showcasing renowned brands and designers for a quick laugh and a few have helped them to be on the radar. The brands are jumping on the bandwagon by creating designs, campaigns, advertisements and red carpet looks that can be tailored to the meme age. The tool of meme marketing has also helped many fashion publications, celebrities and bloggers to spread their presence in the market by creating captivating and relatable content to engage with the younger audience.

To further add fuel to the fire, Instagram creators like @freddiemade, @siduations and many more have found employment through posting recontextualized content and collaborating with brands, making them meme-makers professionally! To convert a dull moment into a joyful one by adding a pinch of relatable humour and packaging it into a trailblazing guerrilla advertising to initiate a conversation has become part of many brand strategies. Thus, giving rise to the bizarre trend of “the meme age”.

The word was coined in 1976 by evolutionary biologist Richard Dawkins in his book, The Selfish Gene. He took it from the Greek root “mimeme” meaning imitation. It acted as an instrument to translate the ideology of a culture or a definite mindset through an art form. Symbolic to the low-attention span for the generation of millennials, memes can be termed as a modern way of communication emphasizing a symbol or a social phenomenon.

When the absurdity of memes infuses with an individual’s perspective to produce a reinterpreted version of thoughts and attitudes clashing with trending, popular pop cultural references it gives birth to a new, sartorial, bizarre content that is amusing in the mundane life. As Dawkins defined them as units of cultural propagation, memes hold a certain value to them behind the comic curtain – hence, making them more meaningful and relatable for an audience at large.

To a layman, memes are a vent for a few laughs but, it allows them to express their thoughts and beliefs at the given moment. The rapidly pacing digital world has glorified the nature of memes by making them universal. It tends to bring strangers around the globe together irrespective of their language, religion, cultural and societal beliefs by the mere fact of finding and relating to something funny.

Culturally, memes have become an integral form of communication for the current generation. As our time span is relatively becoming shorten and consumption increases, our obsession to share these simple, explicit messages constantly to escape reality is thriving. The growing sense of nihilism amongst mankind is a reflection of modern society – one that values their happiness before anything else. To attain the same, they are willing to instill relatable content amongst the cybernauts, questioning the relevance of meme culture.

Our obsession with meme culture is alarming than ever before. The unparalleled art form can mould and reveal the traits of humans for better and worse. Whether it’s funny or not, the accessibility and ability to reach the audience within microseconds has revolutionized the way we communicate. The urge to go through different chains of thoughts depicted by a picture and caption which are not even our own is evoking a deep concern as it’s turning many of us apathetic and unconscious about our behaviour, beliefs and actions.

Are memes just a product of creativity or a rhetorical medium to mock someone? Do we need a virally-transmitted symbol to express ourselves or are we losing our identities to this quick-witted satire? And perhaps most importantly of all, what sort of impact this new medium of communication will have on our relationships and coming generation?

If you haven’t been able to get your hands on the Jacquemus Le petit Chiquito, it’s because the mini bag has sold out. Measuring a little more than two inches and priced at $258, the micro sensation falls under the category of ‘meme fashion’.

These are unique items, produced with oodles of humour and idiosyncratic character, always managing to immediately kick up an internet storm – exactly like the Le petit Chiquito that Olivia Heraud, a London-based stylist has been eyeing for a while. ‘It is even worse in terms of size!’ she says, comparing the ‘it’ bag to its predecessor, the slightly larger Le Chiquito bag she owned previously. It’s interesting to note that Heraud’s current obsession isn’t big enough to even hold her keys.

To say that meme fashion is ‘popular’ would be an understatement; it’s driving hordes of consumers like Heraud to shell out precious dollars for products that are ridiculous and expensive. “Fashion has always been driven by an urge to be ‘in the moment’ but today that moment changes more rapidly due to the internet,” says Michael Solomon, a speaker and consumer behaviour expert. “This is accelerated further by the fear of missing out (FOMO) as people strive to show that they are au courant at all times and maybe at all costs. Moreover, we live in a disposable society with an intense need for stimulation and instant gratification, often derived by purchasing novel items.”

The list of such novel – albeit ‘crazy’ ‘ugly’ & ‘impractical’ – items is increasing. The Balenciaga layered parka worth $9,000 that was a viral reminder of Joey Tribbani from Friends. The Y/Project ‘Janties’ and the infamous Viktor and Rolf Spring 2019 couture dresses. The Kylie Jenner-approved Jacquemus La Bomba hat that is big enough for a village to camp under it. At some point, these items have been scrutinized, criticized and ridiculed but, never ignored. Exhibit A: the Balenciaga platform crocs which sold out on pre-order in a day.

NYC-based Josh Klinski owns a pair in yellow. ‘My wardrobe is filled with pieces that most people would consider unwearable off the runway,” says Klinski. “I would regularly stop by the Balenciaga store in Soho to check if the crocs had come in yet. One day they did and $900 later I was wearing them. It’s a personal challenge to present them in a way that even the haters would say, ‘it makes sense on him.’” Like Klinski, Andre Braggs too felt an instant connection to the crocs, spotting the covetable pair while on a sneaker hunt. “They screamed my personality – weird, bright, and the centre of attention,” recollects the food & fashion blogger. “I couldn’t leave the store without them. I had to have them because I knew no one was walking around in those shoes every day.”

What’s a better way to make people think than to shock them a bit?

Though this need to be seen is making meme fashion win over a slew of fans, it isn’t the sole driver of sales. When it comes to identity creation, these unconventional products offer something that mainstream fashion doesn’t: Individuality. “While making a purchase, consumers are considering other options than the ones advocated by traditional gatekeepers of fashion,” says Solomon. “Often, objective aesthetics have little to do with adoption. In fact, sometimes consumers take great pride in wearing outlandish products that show they are individuals even though, ironically they’re conforming!” Not surprising that ‘meme fashion’ was the most searched keyword in 2018, according to global fashion search platform Lyst.

This phenomenon has come a long way from being relegated to the realms of Instagram to infiltrating wardrobes of consumers, especially the ones looking for some fun. Or ‘woke’ fashion enthusiasts offering a sense of rebellion with sartorial commentary. “The world around us is very serious and often grey in design,” elaborates Kate Nightingale, consumer psychologist & founder of Style Psychology Ltd. “There’s disastrous news everywhere and not much that we can do other than showing up – physically and digitally – and taking a stand. We can start a discussion and wake people up. What’s a better way to make people think than to shock them a bit? And that shock is best delivered with some humour.”

However, every item that gets thousands of ‘rofl’s and retweets doesn’t necessarily have the potential to take over retail. “Make it fun but also make it meaningful,” is Nightingale’s advice to brands looking to join the meme-athon. “The product must tackle a consumer issue,” she elaborates. “Designers should understand what impact an item & the meme created from it will have on someone’s identity and self-esteem.” Speed and innovation are equally important. A cookie-cutter approach is bound to fail, resulting in a product that gets immortalised only as a meme. “A brand that wants to catch a viral wave has to look carefully and be prepared to jump quickly,” stresses Solomon. ‘This is true of any fad product, where the first one into the market tends to reap the rewards. By the time “me-too products” enter the race, it’s largely over. The best thing a brand can do is to constantly monitor its best customers: Don’t market to your customers, market with them.”