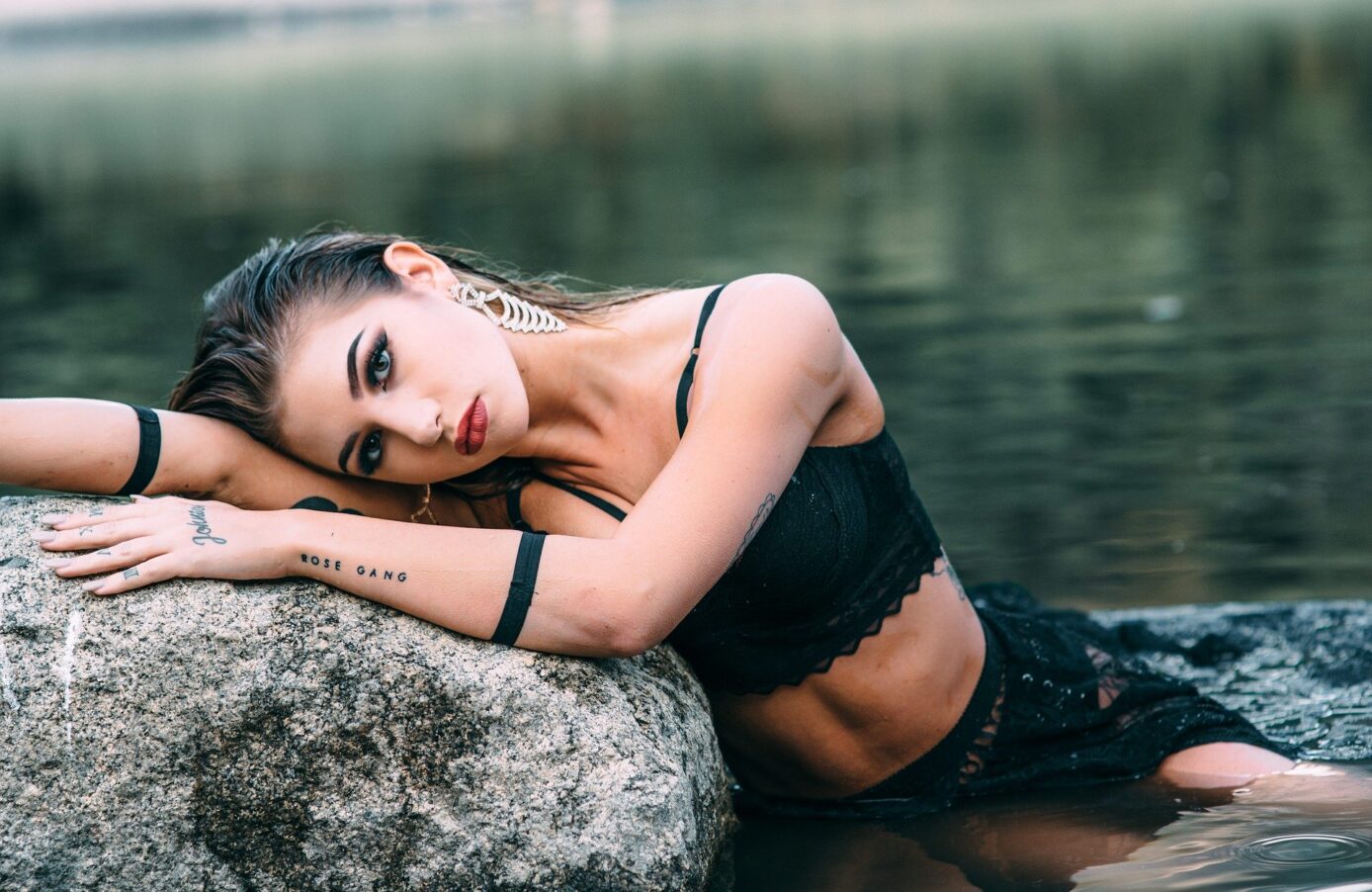 Glass half empty? Fashion and the water crisis

I’ve studied and worked in the fashion industry for years. Yet it was only a few years ago when I started delving into the topic of sustainable fashion, that I really began to uncover how the industry uses (or abuses) water.

It was disappointing and frustrating (to say the least) to learn that the daily act of getting dressed in the morning, or putting on a load of washing was contributing to the destruction of our waterways. This was something I never really used to consider, and I know I am not the only one. But it was something that hit ‘close to home’.

I grew up on the east coast of Australia, so I was fortunate enough to live only a short walk or drive away from a beach or waterfront, and I never had to worry about access to clean, drinkable water. However, I also grew up with an awareness of the scarcity of water, particularly the precarious relationship Australia has with it. I saw firsthand the devastating effects of droughts and floods, and I became conditioned to shorter showers as water restrictions were the norm.

So, after learning that our clothing habits were having such a devastating impact on this precious resource, it was comforting to learn that even as citizens there are changes we can make –  and now – that will bring about change.

But knowledge is power. Therefore we need to educate ourselves about the “bigger picture”, and only then can we positively inform how we think about and engage with fashion.

We are all part of the fashion supply chain, and it is important to remember that while our individual actions may seem insignificant, they are still needed in order to bring about change.

Why is water so important?

Firstly, water is a basic human right. Yet according to the United Nations, 2.2 billion people lack access to safe drinking water, and 4.2 billion people lack safely managed sanitation. The impact of this type of water stress is devastating, with people being forced to drink from contaminated sources, increasing the risk of infection and disease, and resulting in unnecessary death.

Secondly, oceans. Covering 3/4 of our planet, oceans not only provide us with food, energy and water, but they absorb 30% of the carbon dioxide that we produce, mitigating the effects of climate change.

This brings me to my third point, climate change. We should all be aware by now that the world is facing a climate crisis. In the context of the world’s water sources, if temperatures continue to rise, this puts us at risk of rising sea levels, greater flooding and droughts, increased water scarcity, pollution – the list goes on. This will gravely impact people’s quality of life, and potentially result in the displacement of large populations from land that is no longer habitable.

Given all of this, you would think water would be a pretty high priority for the fashion industry. But, unfortunately it often isn’t.

We all need water. We all wear clothes. These are basic human needs (thank you Maslow). Yet in the race for faster, trendier, and cheaper fashion, consideration for our waterways and oceans usually comes runner up. We see this at every step of the process.

The fashion industry relies heavily on water, with the growing and production of fibres being the greatest consumer.  You only have to go so far as cotton for an example.

It takes as much as 20,000 liters of water to produce a single kilo of cotton, or approximately 2,700 litres to make 1 cotton t-shirt. Now consider multiplying that by the 21% share of the global fibre use for apparel and textiles that cotton controls (cotton is second most used apparel fibre).

In addition to this, it is worth acknowledging that 57% of the world’s cotton production occurs in areas that are already under high or extreme water stress, with only 30% coming from rain-fed farming.

The Aral Sea (or sadly, what is left of it) in central Asia, which was once the world’s fourth largest lake, is a devastating reminder of the effects of water stress on land, biodiversity, and communities.

You may have read that in some places you can tell the colour trend for the season from the colour of the rivers. You might have thought this was a myth or exaggeration, but there is some element of truth to this (check out the documentary River Blue).

This is not surprising when run off from wet processing (for example, dyeing, printing) is often left to pollute waterways, and eventually enter our oceans. This is not only harmful to marine life, but also to the health of those who work in the industry and those who live nearby.

The Citarum River in Indonesia is a clear example of the devastating effects of water pollution from the fashion and textiles industry. Every day the river is used as a dumping ground for industrial waste, domestic rubbish, and chemical fertilisers, by the factories and properties lining its borders. There is no proper waste management system, and little or no regulation. However, residents remain reliant on the polluted water for drinking, bathing, crop irrigation and washing clothes.

Have you heard of micro-plastics? Well synthetic textiles are contributing to 35% of global micro-plastic pollution.

In the same way that threads come away from our clothing, leaving lint in our dryers, synthetic clothing sheds synthetic fibres (or plastic) during both the wash and wear phases. However, unlike our dryer lint, these fibres are so small, no ordinary washing machine filter is able to catch them. Neither are wastewater plants, so they head straight out to rivers, lakes and oceans, and are ingested by marine life (and if we eat seafood, possibly us).

Water + Fashion + You and I

As we have discovered, everything on our planet is connected. But the idea of being able to make a positive difference may seem overwhelming. We are all part of the fashion supply chain, and it is important to remember that while our individual actions may seem insignificant, they are still needed in order to bring about change.

Here are some impactful changes we can introduce now to the we way we think and engage with our clothing that will go a long way in reducing our impact.

Emma Cartmel is an Aussie living in London. She has a BDes (Fashion), a GDipBus (Marketing & Management), and a GDipPsych (Hons.). She is also a Member of the British Psychological Society. Examining fashion through the scientific lens of psychology, draws together her academic and creative experience and skills. She has a particular interest in ethical and sustainable practices within the industry, and the impacts these have on the individuals involved (both worker and consumer).

The Psychology of Why We Buy What We Buy | SFF

Beyond the “Norm”: 9 People Share What Size Inclusivity Means to Them | Brides