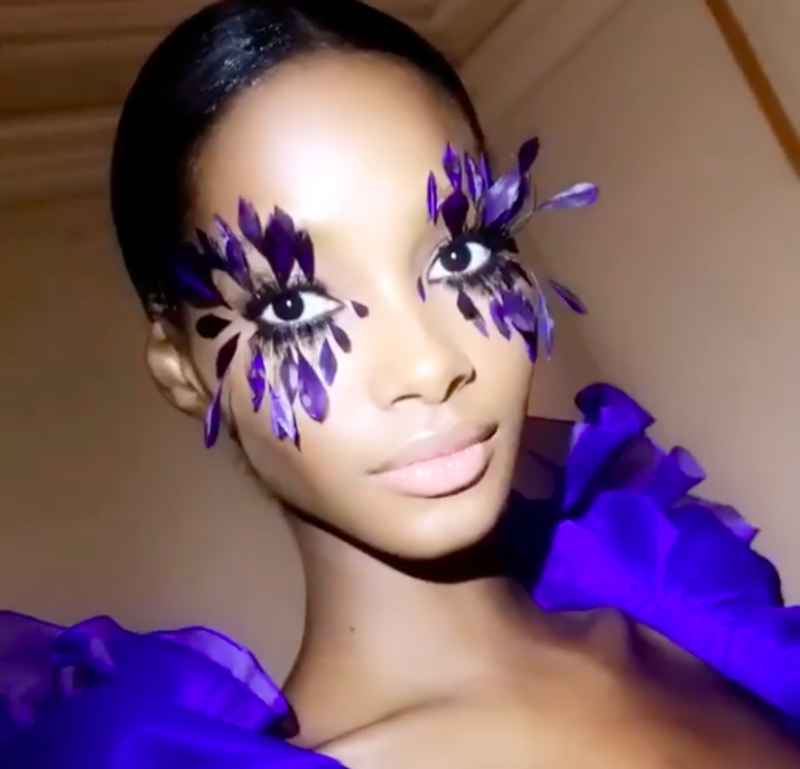 The world’s most influential makeup artist, Pat McGrath MBE recently left her mark all over Couture fashion week. Her delicate touch has resulted in many arresting looks in fashion weeks the world over, several of which were created with products from the self-titled Pat McGrath Labs. In order to gain a deeper insight into McGrath’s transformative powers we’ve conducted an investigation into the science behind some of her latest looks.

Delicate feathers fluttered down the runway with every blink at Valentino’s Spring 2019 Couture show. To create the bold look, the intricate feather-lash extensions were glued to the model’s lashes and coated with McGrath’s new FetishEyes™ Mascara.

So what does science say about this mesmerizing look?

Our collectively admiration for longer eyelashes dates back thousands of years. Researchers Mulhern and colleagues found that enhancing the appearance of women’s eyes through the use of eyelashes and mascara significantly increased attractiveness as rated by both male and female observers. Eyelash growth is also said to have a positive psychological effect on women (Jones, 2011).

Some researchers have reasoned that we find long eyelashes endearing because they are typically possessed by those who we are hardwired to find cute – babies! And as we have learnt from the Baby-Face Stereotype, adults are rated more favourably when they have features (such as long eyelashes) that draw similarity to infants.

Glitter and Gloss – Givenchy and Margiela

In a show that largely featured simple, minimalistic makeup looks, McGrath ensured that Cara Taylor took center stage. Following her third haute couture collection for Givenchy, Clare Waight Keller said “I tried to take the most modern approach possible with everything.” McGrath compliment the modernity of the garments by adding in this futuristic look that saw the top half of Taylor’s face covered entirely in glitter. Over at Margiela, the model’s faces were a playground for McGraths brushes. One look that particularly stood out were the smudged gradient fuchsia lips topped off with a glossy top coat worn by both male and female models.

And the science behind all this glitter and gloss?

Evolutionary psychologists claim that are attraction to shiny things is linked to our ingrained need for survival. For example, in a study on children, infants aged 7-12 months old were found to put their mouths to glossy plates much more than to dull ones. Children had also been seen lapping shiny toys on the ground, the way an animal might drink from a puddle. Researchers have concluded that the connection between drinking and shiny design was an evolutionary artifact–a sign that “our crush on glossy is rooted in a primitive desire for water as a vital resource” (Coss, Ruff & Simms, 2010).

Alongside the revival of gloss, glitter makeup is one trend that isn’t going away anytime soon. An easy way to incorporate both of these trends into your 2019 looks is with Pat McGrath Labs’ Lust Lip Gloss Kits. 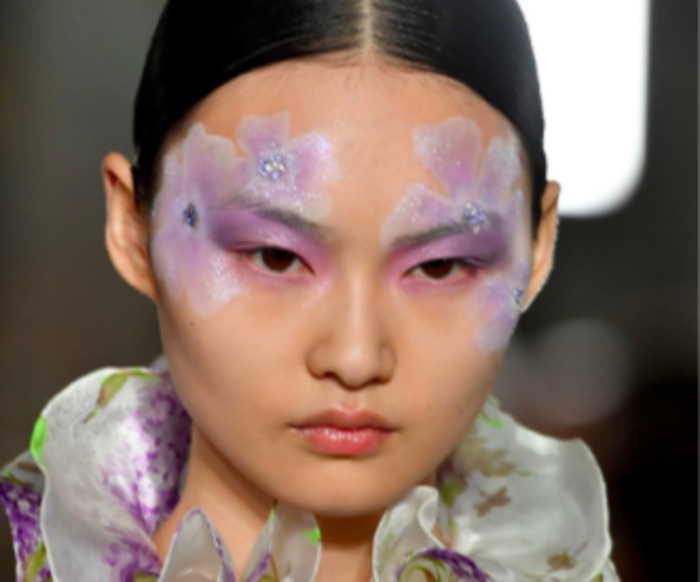 Back at Valentino, McGrath went to work to create an intricate floral makeup look to compliment the gorgeous floral gowns. While the petals were lightly dusted in glitter, McGrath used a small cluster of crystals for the flower’s pistil – a 3D element that helped bring the look to life.

Studies on adornment have long highlighted the positive impact that flowers and floral motifs have on attraction and wealth. In a study on tipping behaviour, researchers found that diners left larger tips for waitresses who wore flowers in their hair compared to when the same waitresses served them minus the flowers (Jacob, Guéguen & Delfosse, 2012).

To get these makeup looks and all of the psychological benefits that come with them, check out the stunning new collections over at Pat McGra