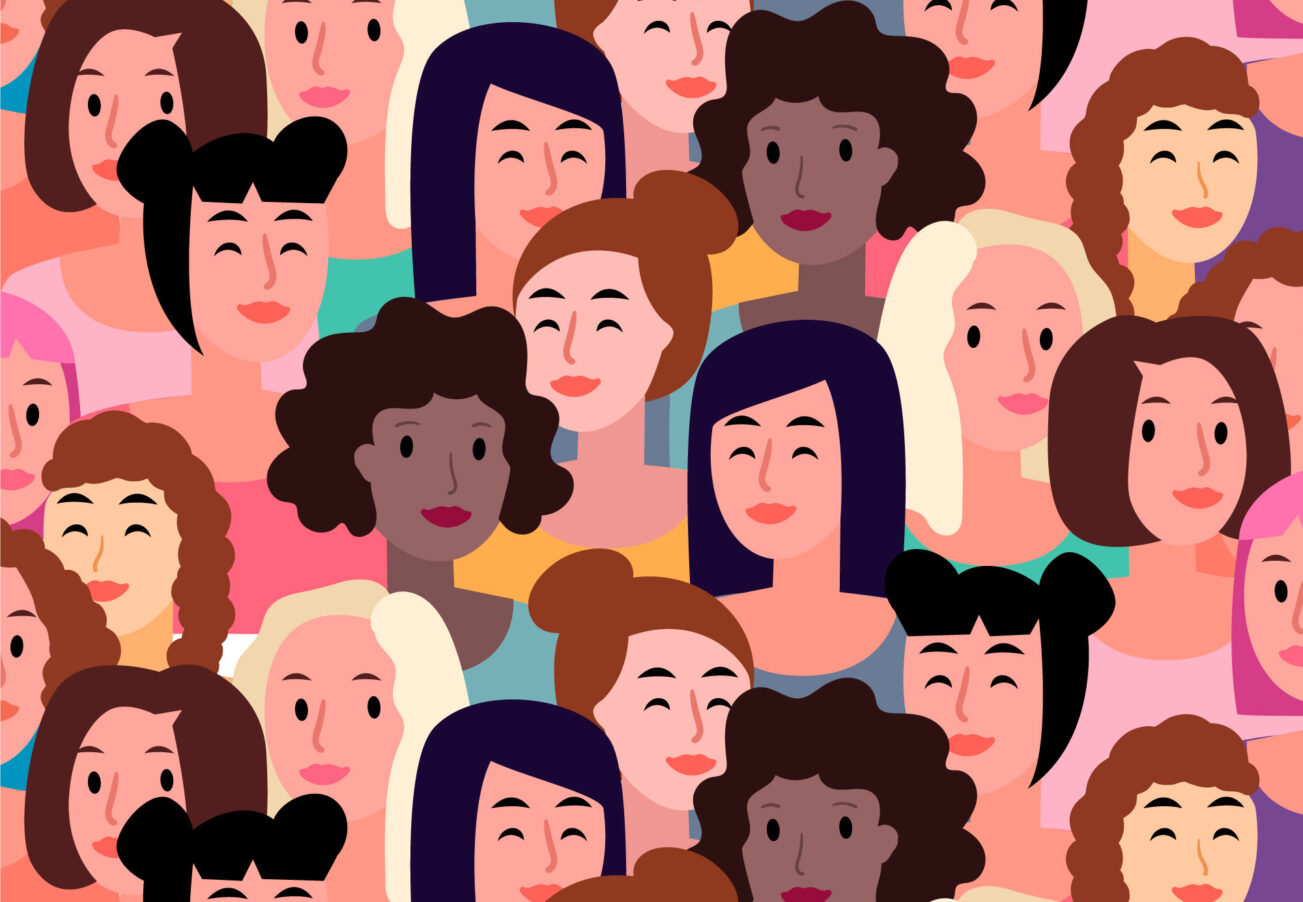 
When discussing female empowerment, the feminist movement and its success in improving women’s wellbeing within patriarchal societies, the impact of clothing and fashion might be pretty low on the list. However, as we have highlighted on this platform, clothing can play a pivotal role in driving political conversations, in forming group dynamics and just generally improving the confidence of women the world over. To celebrate International Women’s Day, we have identified 4 garments that have all positively impacted the lives of women in one way or another.

The ones we hate to love, high-heeled boots. No one will deny that high-heels are a health hazard. ‘As early as 1881, a British physician reported an occupationally related backache caused by “the wearing of high-heeled boots, which necessitates the continuous action of the muscles of the lower part of the spine, in order to maintain the proper balance and erect position’ (Linder, 1997). Despite the associated pain, women continue to wear high heeled boots for one reason; they make us feel powerful, or if you’re Elle Writer Estelle Tang, they make you feel like a “Powerful Witch”. In a survey conducted by MIC respondents noted that heels helped them to “flip a switch” in their minds that took them from “girl” to “woman.”

Psychologically speaking, it can be the case that high-heeled boots evoke a sense of power in women simply due to the fact that it makes them appear taller. Indeed, in US presidential elections the taller candidate is always more likely to win because we simply process taller people as being more authoritative (McCann, 2001). Interestingly, studies have also found that powerful people overestimate their height. If by adorning those few inches you can be perceived as more powerful, feel more powerful and even be more likely to win an election then as the saying goes: no pain, no gain.

For years, slogan T-shirts have allowed women to literally wear their hearts on their sleeves and take centre stage in many political spheres. As highlighted by Phyllis Martin in her 2004 book ‘Fashioning Africa: Power and politics of dress’, clothing has always had the capacity to “be threatening to observers and even dangerous for wearers. As sensibilities about gender, sexuality, age, and status converge, the dressed[…]body may be a site for contestation”. From ‘Black Lives Matter’ to ‘Time’s up’ women have being utilising clothing in the form of Slogan T-shirts to ignite social change for several years.

British fashion designer Katharine Hamnett is often credited as one of the first to create a politically charged slogan T-shirt. When meeting the Prime Minister Margaret Thatcher in 1984 she unzipped her jacket to reveal a shirt with the anti-nuclear sentiment that read “58% don’t want Pershing”. Since then, several female fashion designers including Vivienne Westwood and Stella McCartney have all created slogan t-shirts that allow women to express their political viewpoints.

Sadly, a study by NatWest found that when voicing their opinions, a fifth of women have been negatively described as ‘opinionated’, while one in 10 has been called ‘feisty’ or ‘vocal’. These perceptions can often negatively impact a women’s confidence, forcing her into silence. Luckily, Slogan T-shirts can lift the burden of vocalisation by speaking for women in a way that cannot be misinterpreted or go unnoticed. 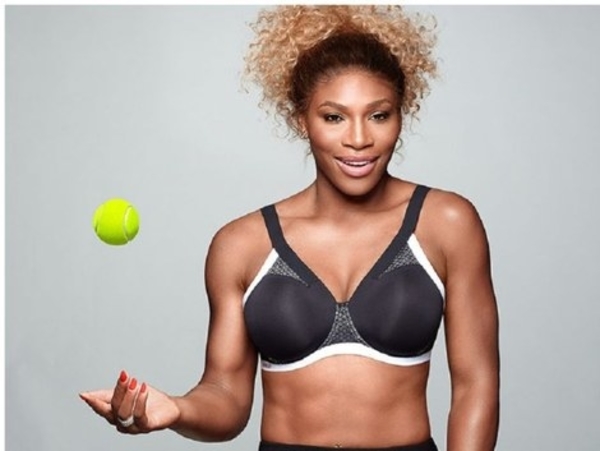 A controversial entry on the list, bras has often been seen as an antithesis of female liberation; an instrument created to contort women’s bodies for the male gaze. When digging a little deeper though, you’ll find that bra-burning is less of a feminist staple and more so a trope pushed by anti-feminist media. According to author of Ten of the Greatest Misreported Stories in American Journalism W. Joseph Campbell stated that the during the event in 1968 when the burning happened, bras certainly weren’t the only garment thrown into the fire.  “Invoking bra burning was a convenient means of brushing aside the issues and challenges raised by women’s liberation and discrediting the fledgling movement as shallow and without serious grievance,” Campbell wrote.

When looking at the history of bras you’ll find it has always been routed in providing women with increased comfort and support during times of increased activity. The first bra patent was granted to Mary Phelps Jacob in 1914 in New York who, upon fashioning a bra made up of handkerchiefs and ribbon celebrated the fact that she could “move more freely”. Whilst studies have shown that bras, particularly ill-fitting ones can cause back pain, not wearing a bra when exercising means that your back, neck muscles, and trapezius (a major muscle in the back) are also going to have to work a lot harder to balance out your weight. Similarly, Livestrong reported that ‘sports bra helps minimize the movement of your breasts, which can help to reduce pain and discomfort caused by stretched skin and ligaments caused by working out’.

The number of women playing sports regularly are increasing and after Nike’s recent impassioned ad featuring Tennis Champion Serena Williams, we’re sure these numbers will continue to climb. There’s no denying that bra’s, particularly Sports Bras have played a significant role for women in this arena.

During World War II the epaulettes that graced the shoulders of soldiers manoeuvred their way into the fashion industry as women donned shoulder pads as symbol of solidarity with the brave fighters abroad as they contributed to the war effort at home. In post-War times, psychological research has found that shoulder pads have a positive by-effect for working women. In the 80s-movie classic Working Girl, Melanie Griffith’s character dons larger than life shoulder pads to legitimise her new position as a respected business woman and thus the era of power dressing was born with designers such as Alexander McQueen and Dolce & Gabbana showcasing the style on the runway. In the 80s and during its revival in the early 21st century, shoulder pads were the clothing equivalent to the ideology of ‘leaning in’ – taking charge and embodying power in male dominated industries. But why do we associate shoulder pads with power?

Broad shoulders are typically associated with males, with studies showing that men with broad shoulders are not only perceived to be more masculine but they also possess higher testosterone levels (Kasperk et al, 1997). As shoulder pads broaden shoulders, when wearing them women can also be perceived as possessing more masculine traits. It’s certainly true that women should not have to ‘man-up’ their wardrobes in order to level the playing fields. Shoulder pads could lessen the impact of the negative stereotypes that some men hold of women when applying for roles in traditionally male-dominated workplaces.

Did we miss any wardrobe staples? Let us know in the comments