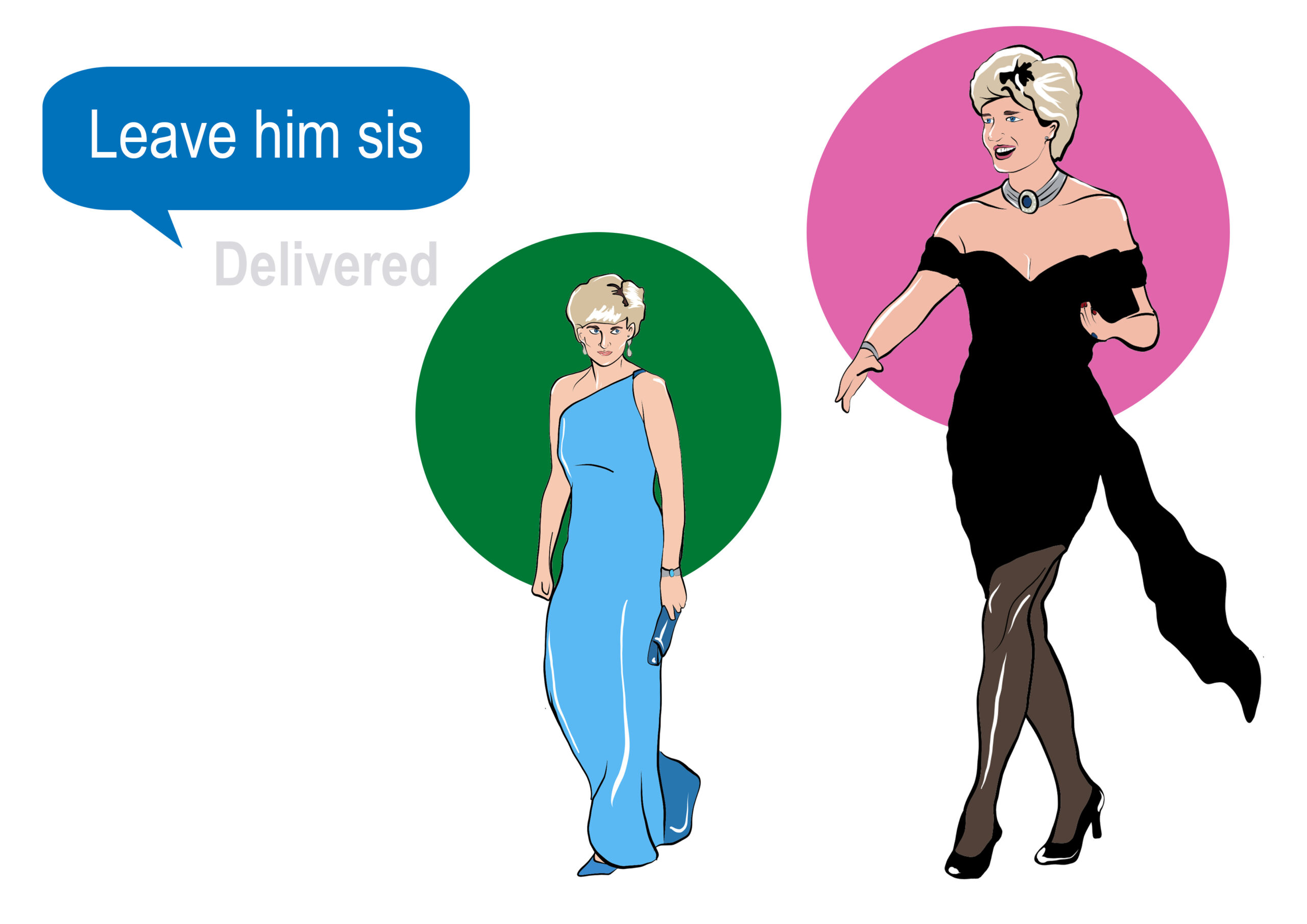 “I hope we can still be friends”, “I really need to focus on my career right now”, or worst yet, “It’s not you, it’s me”. Breakups are hard and sometimes bouncing back from heartbreak is even harder. The cure? Taking on a defiant sense of style could just be what the doctor (or Fashion Psychologist) ordered.

Back with a vengeance

Some of the tried and tested ways to heal after a recent breakup involve belting out the lyrics to I Will Survive, drowning your sorrows in some chocolate or rewatching Eat, Pray, Love for the 100th time. But once that phase is over, it’s how we decide to pick up the pieces and move on that matters the most. Some women choose to power through it all by putting the focus back
on themselves — and more often than not — this includes revamping their self-image. It could happen through changing your hairstyle, dialling up your fitness routine or by resorting to a complete wardrobe makeover.

The ‘revenge dress’ was a term coined by the British press in reference to Princess Diana’s knockout little black dress that she wore to the Serpentine Gallery the same evening Prince Charles confessed to his adultery with Camilla in a televised documentary. A true pioneer of the ‘revenge dressing’ phenomenon, Diana’s sartorial choices after her separation were so iconic that they went onto inspire the Instagram account @ladydirevengelooks which has now amassed over 100k followers. The account is dedicated to a well- documented feed full of her revenge style featuring funny captions that are incomplete without its cheeky trademark hashtag #FYouCC .

We got in touch with the creator of @ladydirevengelooks , Eloise Moran, a Los Angeles-based British writer who claimed that she was going through a break up herself right before she created the Instagram account. Moran was touched by the late Princess Diana’s story after watching her documentary ‘Diana: In Her Own Words’, which led her down the internet rabbit hole where she stumbled across a goldmine of looks. From the looks of it, it was “highly obvious that this was a revenge wardrobe”, which then sparked Moran’s interest in sharing them on Instagram.

When asked as to how she concluded them to be a form of revenge dressing, Moran responded:

There is a clear distinction in her style as a member of the Royal Family and post-break-up. The clearest example is if you notice her transition between the early ’80s & late ’80s — she went from having this sweet country girl look to full-on Hollywood, a strategic move on her part, especially since the press attention she received during this time drove Prince Charles wild with jealousy.”

A renewed sense of self

Research claims that it’s quite normal for broken-hearted individuals to feel the need to discard their previously held ‘sense of self’ that was linked to the defunct relationship by changing one’s appearance after a breakup. Moran asserts that revenge dressing was also Diana’s way of leaving the past behind following her separation with Prince Charles.

These changes were visibly apparent in the way Diana dressed or even held herself, “everything from her wardrobe, her hairstyles, to her demeanour changed.” Diana was labelled as ‘Shy Di’ by the press in the ‘80s because “she would always look down and make cheeky sideways glances”, but later, in the ’90s “she held her head high and wasn’t afraid to show a little bit of leg with shorter dresses and skirts.”

According to Moran, “This was a clear signifier that she was breaking away from the rigid dress codes of royal life and royal life itself. She was almost as tall as Charles, so in the ’90s you see her heels getting a lot higher (always Jimmy Choo or Manolo Blahnik), once she was no longer with him — similar to what Nicole Kidman did after her break-up with Tom Cruise.”

Moran considers it quite normal for individuals going through a break-up to approach it like this, “it’s a grieving process, you’re letting go and trying to invite newness into your life”.

She claims that the way broken-hearted individuals try and change their physical appearance has a lot to do with the self-manifestation of a fresh start.

Fellow writer at Fashion is Psychology, Diba Jedo agrees, “Switching up your appearance after a breakup can feel rather cathartic.” In Jedo’s opinion, “Revenge dressing can be a freeing form of expressing oneself without the need for permission or acceptance.”

It’s pretty evident that as we discard our old selves that once held us back, the clothes we then pick and how we choose to style them can speak volumes on their own. Just like all methods of expression — especially those as ambiguous as fashion — revenge dressing can be powerfully articulate. It could be a way for women to be rebellious, to assert our freedom, to give off a vibe, to arrest attention, to intimidate or to seduce.

While the idea of revenge dressing may have gained significant popularity in the past year as we all dream of walking out of the pandemic in our most decked out looks — the sentiment around the concept remains the same. The revenge dress, an aspirational style that differs from person to person, is a means to break free from a sad state of mind and emerge as a stronger and more confident individual.

After all, nothing says “look at what you’ve missed out on” quite like a hot new look. Consider it healthier take on the hotly debated and problematic Kardashian concept of attaining a ‘revenge body’ after a breakup.