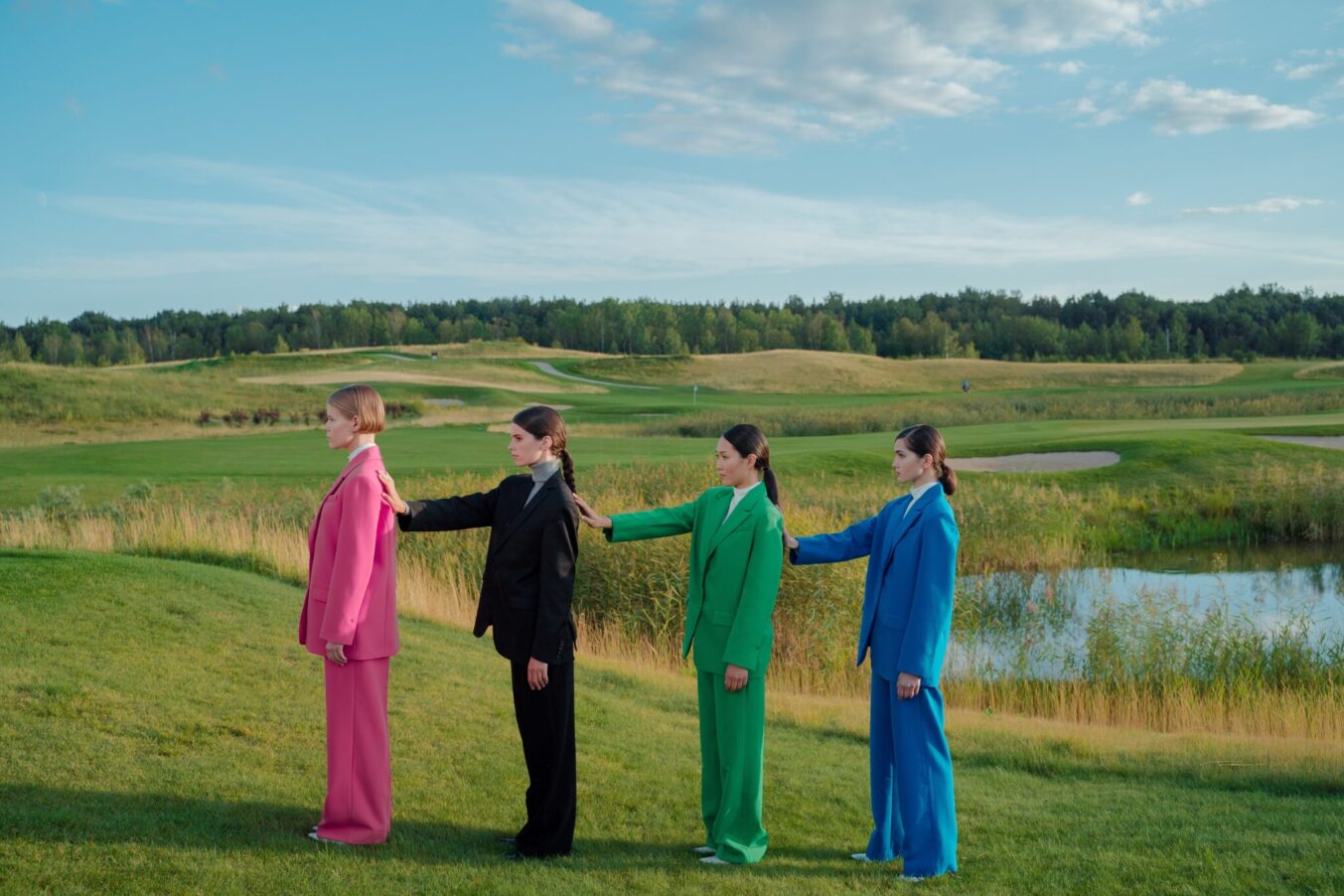 
There is an old expression: ‘You can never have enough clothes.’ An expression often used to justify excessive consumption and deemed the perfect excuse to defend a bulging wardrobe; yet, nothing to wear. This combined with the illusion that the success of an individual is measured by the accumulation of material possessions and the belief that the more you own, the more accomplished you are, is starting to show its age.

In recent years, however, a change in Consumer Psychology has occurred among millennials. Moving away from the attainment of goods as a technique of social signalling, today the concept of “owning” and “ownership” is seemingly less of a priority to younger consumers. This extends to fashion consumption, as well as other possessions and services used by millennials.

A New Way to Consume

Instead younger consumers are embracing a sharing economy.

Birthed from the internet age, this notion has emerged whereby today services, goods, data and property are accessible and obtainable in just one click – anytime and anywhere; thus highlighting the impermanence of possessions and indicating a shift towards the diminishing urgency to own and possess material belongings in 2022.

Material belongings now growing redundant include: Cars with the invention of ride sharing apps, music, photography now stored on devices rather than in frames, and books now stored on Kindle form rather than sitting on our bookshelves.

We have also seen this concept extend to the fashion industry with the conception of Digital Fashion. Considered by some as a somewhat far-out, unconventional method of obtaining fashion, Digital Fashion consists of using sites to purchase digitally generated clothing through augmented reality. An ‘outfit’ or ‘item’ is purchased online, the client then uploads a picture of themselves, and the item purchased will be edited onto their body in said image; ready to be posted online to their social media.

An example of such Digital Fashion platforms includes DressX, launched in 2020 DressX is focused on delivering sustainable and affordable fashion. Daria Shapovalova, a spokesperson for the platform described to me:

“While we genuinely share the beauty and excitement that physical fashion creates, we believe that there are ways to produce less, produce more ethically, or not produce at all.” In addition to this, representatives of DressX expressed, “Digital Fashion will become a new way for customers to enter the high fashion world, discovering the new way to shop luxury, reducing their environmental footprint, receiving the same sense of belonging and excitement from wearing designer pieces in digital.”

DressX has confirmed the platform is already looking to the future and into ways to use metafashion in real time – exploring the technology of allowing customers to wear 3D items during live video calls. If successful, it will be incredibly interesting to see what this technology looks like, and how it feels to use it. Could this be our future of what it means to have ownership over our clothing? Will we all have digital wardrobes in the future? What will this mean for the future landscape of the fashion industry?

Many urban consumers have replaced car ownership, once a symbol of independence and status,  with car and ride sharing services providing access to a vehicle or transportation when needed.

Physical pictures occupying frames, wallets, and albums have been replaced with digital photographs that can be viewed at any time and songs, books, movies, or magazines that can be pulled down from the cloud at any time to suit a consumer’s mood.

There is still plenty of evidence to suggest that consumers in 2022 (of all ages) still invest in unessential material goods. The retail industry, although it has suffered in recent years and despite the rise of digital fashion, will continue to drive economies. After all, we will always want and need to buy physical clothes for everyday use – when we aren’t posting selfies or grandstanding for our followers. Research has also shown the human need to self-express through fashion is immense – which naturally in turn generates sales. By consuming fashion, we (younger and older consumers) not only take ownership of the physical good, but also our identity. 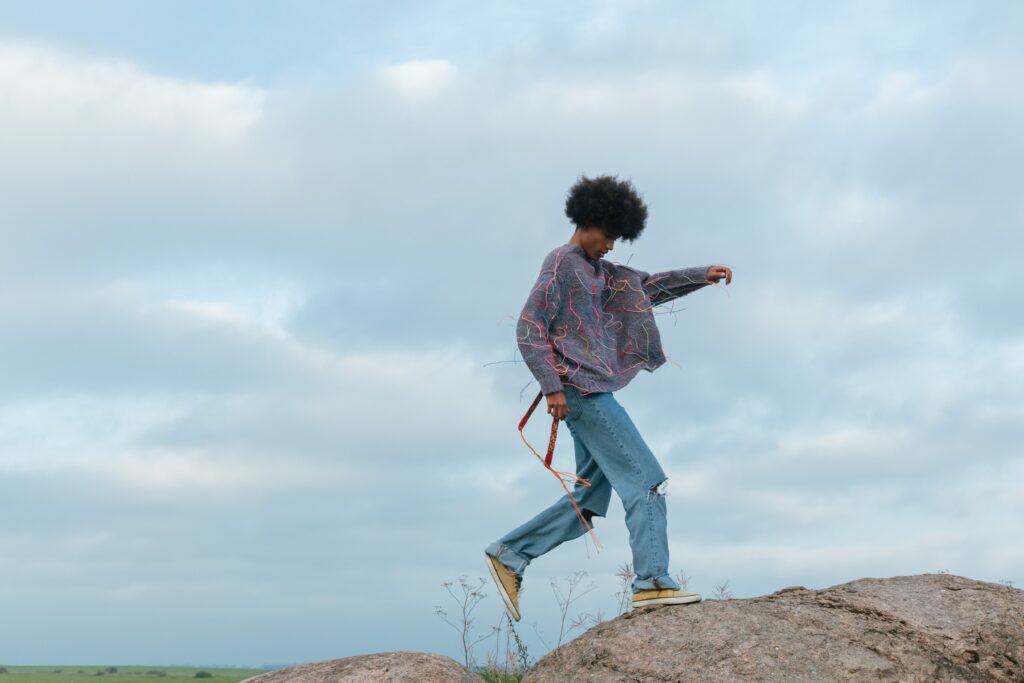 So What Does The Future Hold?

Using platforms and new technology such as ride sharing services and Digital Fashion platforms results in the collective societal movement of aiding others to reach locations and source desired goods in the least environmentally damaging way possible: by not producing or encouraging ownership of goods in the first place. Surely this doesn’t sound like a bad thing. Could millennials, who are often branded as the me me me generation, be onto something here?

Let us also not forget millennials are also living in a world where there are so many other alternatives and more convenient options than to own, and that the concept of ownership in some areas (housing for instance) are against them. Therefore, it seems younger consumers are taking ownership of the concept of “ownership” and utilising it to fit their reality. Smart, if you ask me.

Jane is a graduate from University of the Arts London with a MSc in Applied Psychology in Fashion (2020). Alongside her post-graduate degree, she graduated from the University for the Creative Arts (2017) with a Bachelor of Arts (Honours) in Fashion Journalism. Jane focuses her freelance writing on fashion psychology, retail and trading - using the skills, psychological research and understanding from her studies and experience in the fashion industry.