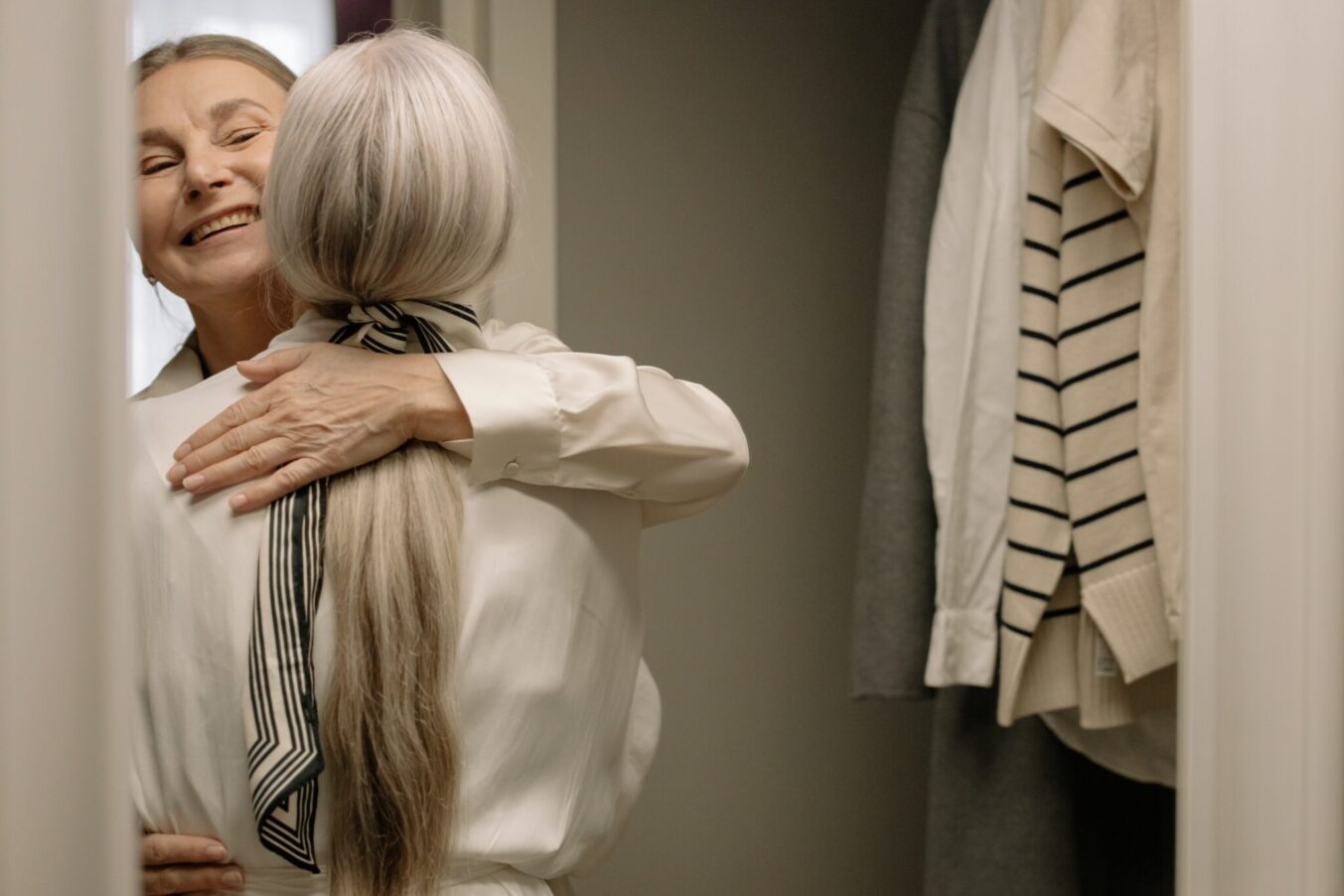 Tearing Down Sexist Ageism One Grey Hair at a Time


We have been quick to admire mature men for donning their salt-and-pepper mane, but seldom do we appreciate women who choose to age gracefully. As a society that’s gotten used to praising middle-aged women only when they’ve preserved their youthful appearance, it’s high time we redefined our beauty standards — or better yet, just shattered them altogether — when it comes to ageing.

As salons shuttered amid lockdowns last year, women began embracing their naturally grey roots with wild abandon. It’s all every news headline could talk about, especially since celebrities like Andie MacDowell and Jodie Foster made it a buzz-worthy moment by owning their silver locks at Cannes, as did Sarah Jessica Parker from the many glimpses of her return as a 50-something Carrie Bradshaw with some silver streaks in tow. Given the sudden surge in positive publicity surrounding this, one can’t help but wonder: Why has it taken us this long to appreciate women who are naturally greying?

For as long as we can remember, men have been romanticised for showing visible signs of ageing — whether it’s in the form of grey hair, wrinkles (hello, George Clooney) or even a ‘dad bod’. Meanwhile, the beauty industry is raking in billions by selling bottles of eye-lifting potions and root touch up sprays to women who are stigmatised for looking old. In her 1972 essay titled ‘The Double Standard of Ageing’, late writer and activist Susan Sontag put it best when she aptly stated that, “Beauty, women’s business in this society, is the theatre of their enslavement. Every wrinkle, every line, every grey hair is a defeat.” According to Sontag, “This is not to say there are no beautiful older women. But the standard of beauty in a woman of any age is how far she retains the appearance of youth.” Sadly, her words ring true even today.

Described as stereotype embodiment theory, the process of internalising the age stereotypes that permeate in our society begins at childhood and continues even afterwards. Once internalised, the ageist construct becomes part of our implicit or consciously unaware, subconscious set of beliefs regarding old age and older people. The only way to combat it is by reinforcing positive implicit attitudes towards feminine ageing.

Every grey cloud has a silver lining

Laura Freeland, a hairstylist at the Pink & Rose Salon in northwest London has had her suspicions about the sudden surge in grey hair, assuming that it could just be a temporary phase. But ever since a majority of her clients aged over 40 began to go grey, Freeland has found it refreshing to watch them embrace their natural beauty and just be themselves. “Letting your hair go grey is quite like searching for hidden treasure — at the outset, you can’t be sure about what you’re going to find at the end of the trail, but the journey is always interesting,” she said.

While most of us can expect to go grey by the time we’re 40, some of us end up reaching that point a lot earlier. Shloka Sagar, a 30 year old professional based out of Dubai, began prematurely greying at the tender age of 20. Having spent the entire duration of her twenties obsessing over her roots, Sagar recalled, “I would constantly struggle with styling my hair in ways that would hide my greys, not to mention stress about scheduling my root touch-ups around social events since I only had a two-week window before they would show up again. Even the weather outside would have me worried if a gust of wind would reveal my grey parting. Running my fingers through my hair was not an option if I had applied some root cover-up spray, as it would stain my fingers. Even casual conversations would fill me up with dread, wondering whether the person I was speaking to was staring at my roots even if they weren’t.”

A newfound self-acceptance amidst the grey skies

After what seemed like a tiresome decade of relentlessly covering her greys, she finally decided to grow out her natural roots amid lockdown and has found the journey to be rather cathartic. But stepping back into the social scene wasn’t as easy, Sagar claimed, “Even while I was working from home, I was the odd person on zoom video calls who was sporting a cap and refused to take it off even if my boss called me out on it. I would avoid stepping out for grocery runs and even if you would spot me outside out, chances are I was wearing my cap.” Crediting her husband who motivated her to ultimately embrace her greys and face her fears of being seen in public, Sagar now finds that negative remarks on her hair rarely affect her since her newfound self-acceptance trumps everything else.

“I have found an immense sense of freedom by accepting my greys. Freedom from chemicals, sprays, and all the stress that was weighing me down all these years. At times, I’ll encounter strangers who tell me I have ‘nice hair’ and that just makes my day. My hair has equally shocked and inspired a lot of people, I never thought I could own my greys with such confidence — you wouldn’t guess that you can actually look good, but you can,” Sagar said. As a hairstylist, Freeland agrees, “I definitely think it will give you a sense of freedom, both internally and externally. Grey hair on younger women gives them a hint of mystery which is incredibly sexy. And on mature women, it gives them an experienced and well-versed air of sophistication which only heightens their perceived class. I also love how grey hair brings out the colour in your eyes, it really makes them pop.” 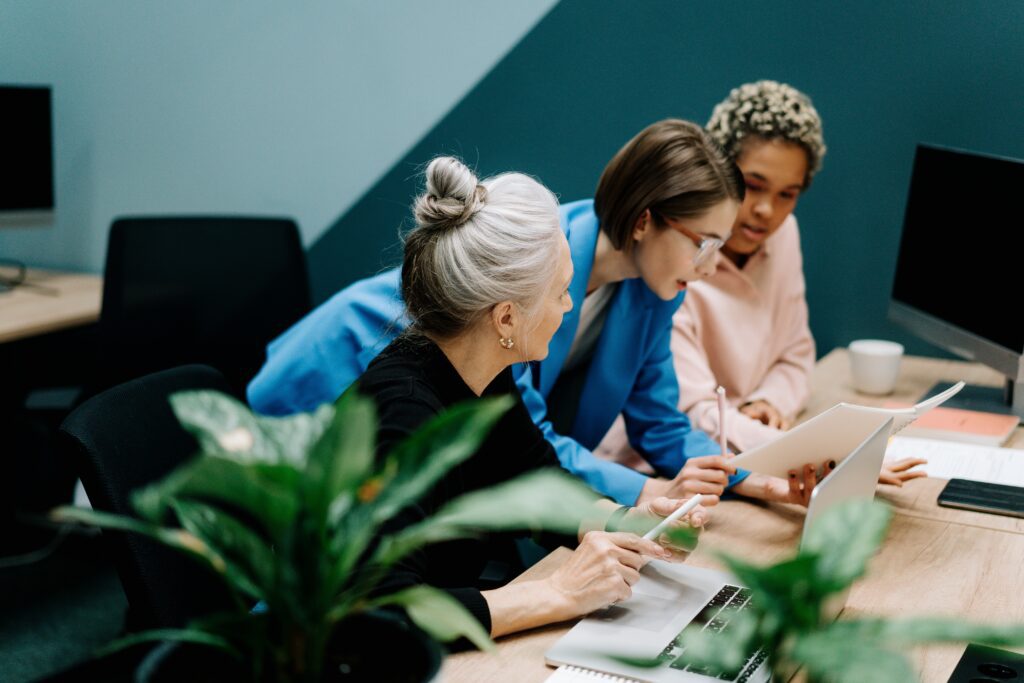 Sagar hopes that she can encourage women — both, young and old — to embrace their natural-selves just as she has. Whether it’s through finding solace in self-acceptance or inspiration in women like her on social media (#silversisters), she added, “As women, we get criticised for everything. You may as well do what you want.”